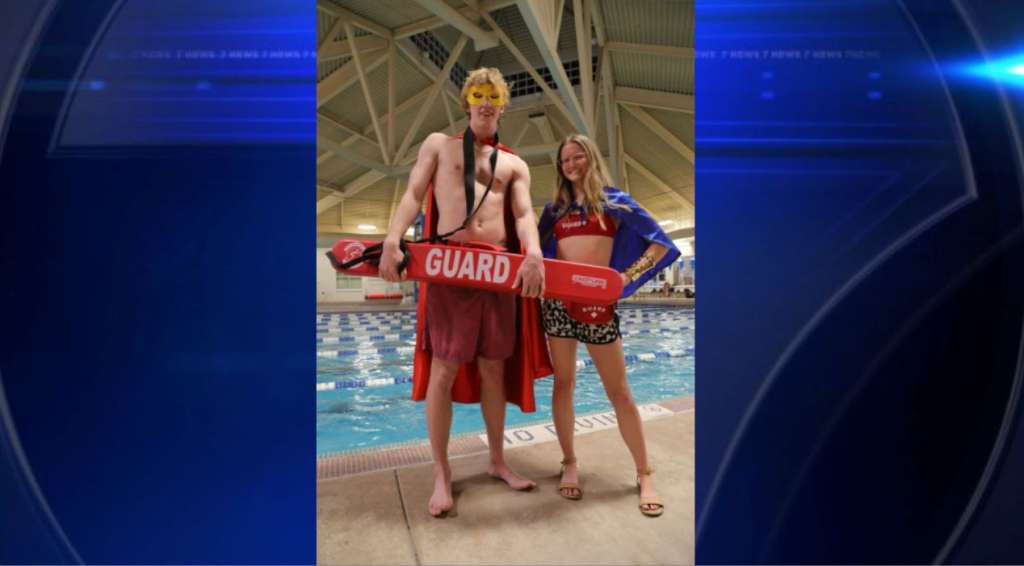 (CNN) — Across the US, millions of students are marking the end of another school year and preparing for summer festivities, and likely high on their list is getting some time under the sun.

But a nationwide lifeguard shortage will likely curb those plans for some, as cities around the country take measures to combat the lack of personnel, including keeping some pools and beaches closed.

Austin, Texas, will have fewer than half its city pools open by early June, officials there told CNN. The city has been able to hire just over 30% of the 750 lifeguards required to operate all the pools, according to a news release. Wisconsin’s Milwaukee County is keeping 10 pools closed for now, with officials telling CNN affiliate WISN they have hired about 56 lifeguards of the 300 they would need. Roughly half an hour away, Waukesha County leaders announced last week all of its park system beaches operate under Swim At Your Own Risk rules, and will not have lifeguards “due to the labor shortage.” Similar closure or reduced operation announcements in Indiana, Colorado, and parts of Pennsylvania.

Around a third to nearly half the nation’s more than 300,000 pools will likely be affected as the summer begins, according to an estimate from Bernard J. Fisher II, director of health and safety of the American Lifeguard Association.

“We definitely have a shortage,” Fisher said. “The worst I’ve ever seen.”

Dwindling interest in lifeguarding is not a new problem, according to some experts, but was exacerbated by the Covid-19 pandemic, when many pools and training sessions were shuttered and many of the young applicants who would normally apply are now choosing retail or restaurant jobs that offer higher pay. Having unmanned pools can be dangerous or even deadly, Fisher said.

But leaders in the field say this moment also offers an important opportunity to reshape the narrative around the job: how it’s perceived by the public, who can do it, how much it pays and why it is so important.

“We’ve got to keep up pay rates, we’ve got to keep up motivating these lifesavers and making sure that everybody understands that at the end of the day, there is no better job than being a sort of lifesaver,” Tom Gill, vice president of the United States Lifesaving Association, a nonprofit representing beach lifeguards and open water rescuers.

Where are all the lifeguards?

Long before Covid-19, the lifeguard profession was already battling a set of challenges: a low pay following the training costs required to sit on the chair, a limited working season, and a negative — or often indifferent — public perception.

Beach lifesavers usually go through different training to be able to work on the less predictable waterfront but are facing the same hiring struggles as pool lifeguards, Gill said.

“The average pay has always been bare minimum,” said Lieneke Keihl, who works as an instructor trainer with the American Red Cross based out of Dayton, Ohio. “(Young people) are opting for jobs that pay more money.”

To combat the shortage this year, cities across the country have upped their pay, waived training fees and are offering extra cash to bring more applicants through the door. The city of Boulder, Colorado, increased their lifeguard wages to about $15.25 per hour, up from an average of $12 roughly four years ago and $13 last year. The city is also reimbursing people for the training costs associated with the job, according to Jonathan Thornton, a spokesperson for the city.

Lifeguard training courses cost in the range of a few hundred dollars, depending on the level of certification, according to several websites of organizations offering training, including the Red Cross, the YMCA and the United States Lifesaving Association.

Phoenix, Arizona, officials announced earlier this year they’re offering a $2,500 bonus incentive for lifeguards, partly as a reimbursement for training costs. The base hourly wage there is roughly $14.02, officials said in a March news release. In Texas, Austin officials upped their pay to ranges of $16 to $19 an hour, and added roughly $1,250 in bonuses, along with paid sick leave and a free bus pass.

Austin had no trouble recruiting before Covid-19, hiring more lifeguards in 2019 than any other year, according to Jodi Jay, assistant director for the city’s Parks and Recreation department. But the pandemic “stopped us in our tracks,” forcing a training and hiring freeze which lasted for more than a year and the effects of which still linger, Jay said.

“When we started back up in March of 2021, we were limited on how many lifeguards we could have in a class and so that impeded our ability to get to (the needed) 750 last year,” Jay said. “So this will be our second summer that we’ve had trouble recruiting lifeguards but most recently we’ve just had a hard time getting people to return to work as we leave the pandemic.”

And there’s another pool of applicants many agencies have not been able to pull from, which usually helped boost numbers: foreign citizens.

“A number of our agencies depend on foreign workers at times, especially when you talk about filling those roles at the end of summer,” when many younger Americans return to school or start athletics again, Gill said.

Many of those workers were able to come to the US under J-1 visas, which approve people to come to the US to participate in work and study-based programs. But a Trump-era executive order temporarily banned visas including the J-1 during the pandemic. And officials battled massive backlogs of applications after President Joe Biden revoked the order last summer.

The training and hiring freezes across the country also meant there were fewer swimming lessons conducted, so many young children are now coming into pools and beaches for the first time, experts say.

More than 3,900 American children die of drowning each year, for an average of 11 deaths each day, according to the US Centers for Disease Control and Prevention. There are roughly another 8,000 nonfatal drownings annually, which can cause brain damage and other serious outcomes, like long-term disabilities, according to the CDC.

Water Safety USA, a group of nonprofit and governmental organizations, like the US Coast Guard and the American Academy of Pediatrics, has said the most important drowning prevention strategies include learning how to swim and having supervision by people who can prevent, recognize and respond to someone who is drowning, such as lifeguards.

Thornton, with the city of Boulder, said because of the halt on lessons throughout the pandemic, his eight-year-old son hasn’t learned how to swim yet.

And even the lifeguard shortage prompts some pools and beaches to close, some American children will still find places to swim over the summer, which likely would be unsupervised and dangerous, Fisher said.

Despite the role’s importance, leaders in the field say lifeguards have usually been disregarded and not considered as public safety professionals, even though their services are literally lifesaving.

“The public perceives lifeguards to have a sort of do-nothing job,” Keihl, the instructor said. “They see them sitting in the chair, they see them twirling a whistle … they don’t see any rescues.”

“What the public forgets is, first of all, there’s quite a bit of training. There’s a minimum of 20-some hours every two years,” Keihl said. “(And) if a lifeguard is doing their job correctly, they don’t have to make any saves because they catch it before it happens.”

It is why this year in Boulder, city officials decided to recruit lifeguards by highlighting the most important part of the job: saving lives.

“We started a marketing campaign called ‘Superheroes Wanted.’ And we took pictures of our lifeguards wearing capes and masks,” Thornton said. “It just resonated with our community.”

Gill, with the national lifesaving association, said similar efforts are helping push the “do-nothing” narrative offstage. “People more and more recognize lifeguards as true first responders, a part of the public safety community, and the importance … of having those lifeguards out there, which is leading to better pay, more respect, better conditions.”

And the shortage this year offers is a good opportunity to rethink not only how these jobs are advertised and compensated, but also who departments are recruiting to fill the roles, experts say.

“I’m trying to promote, if at all possible, a whole different kind of audience for lifeguards,” Keihl said. “Let’s ask the retired folks, people that used to be on the swim team many years ago, who are just enjoying recreational swimming.”

“I just think we need to think outside that 15-year-old category,” Keihl added.