Army veteran’s dying wish is to get text messages 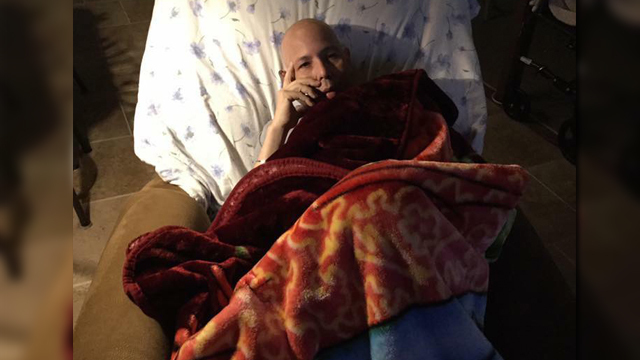 NEW BRAUNFELS, TX (WSVN) — An Army veteran in hospice has a dying request: to hear from strangers to help him forget about his excruciating pain.

Fox 26 reports that 47-year-old Lee Hernandez is under hospice care in his home. He reportedly asked his wife to hand him his phone “in case someone calls.”

Hours later, when the phone didn’t ring, the disappointed man told her, “I guess no one wants to talk to me.”

His wife Ernestine told AZ Central, “It broke my heart. (Lee’s) speech is not very well, so many people didn’t take much interest or want to talk to him.”

Hernandez spent 18 years in the Army and served a tour in Iraq. He has undergone three brain surgeries, but has suffered several strokes, Fox News reported.

A family friend shared his story on a Facebook veterans group, asking anyone with a few minutes to spare to brighten Hernandez’s day with a text message. Since he is blind, his wife reads the messages to him.