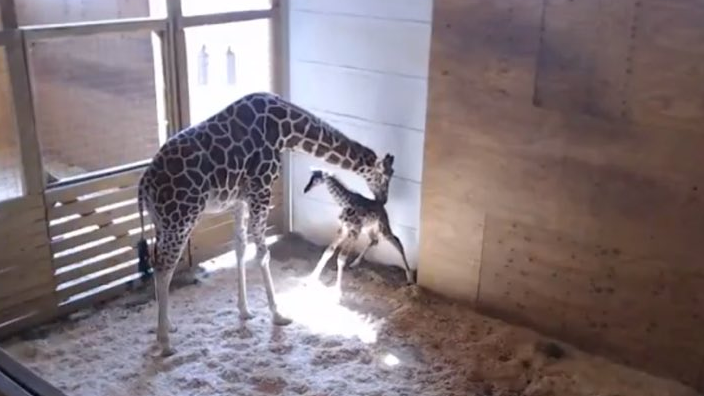 April, a giraffe who captured the hearts of people across the internet with her viral pregnancies, has died at the age of 20.

“It is with the heaviest of hearts that Animal Adventure Park announces the tremendous loss of our beloved April the Giraffe,” the park said. “Euthanasia was carried out at April’s home in Harpursville this morning, due to her worsening arthritis, in accordance with the recommendations of her veterinary team.”

April originally went viral back in 2017 when her pregnancy, labor and delivery was livestreamed for people all around the world to see.

“While her hoofprints in her yard will erode in time, the imprint she has made on the hearts of people around the world will never fade,” Animal Adventure Park wrote.

The park said over the past year, accomodations were made for April. However, her most recent veterinary exam prompted the determination that euthanasia was the humane and appropriate course of action.

With the average life expectancy of a giraffe in captivity averaging 20-25 years, park officials said April had reached her “golden years.”

The average life expectancy of a giraffe in the wild is 10 to 15 years.

April’s body was taken to the Cornell University Veterinary School where a necropsy will be performed, and then her remains will be cremated and her ashes returned to Animal Adventure Park.