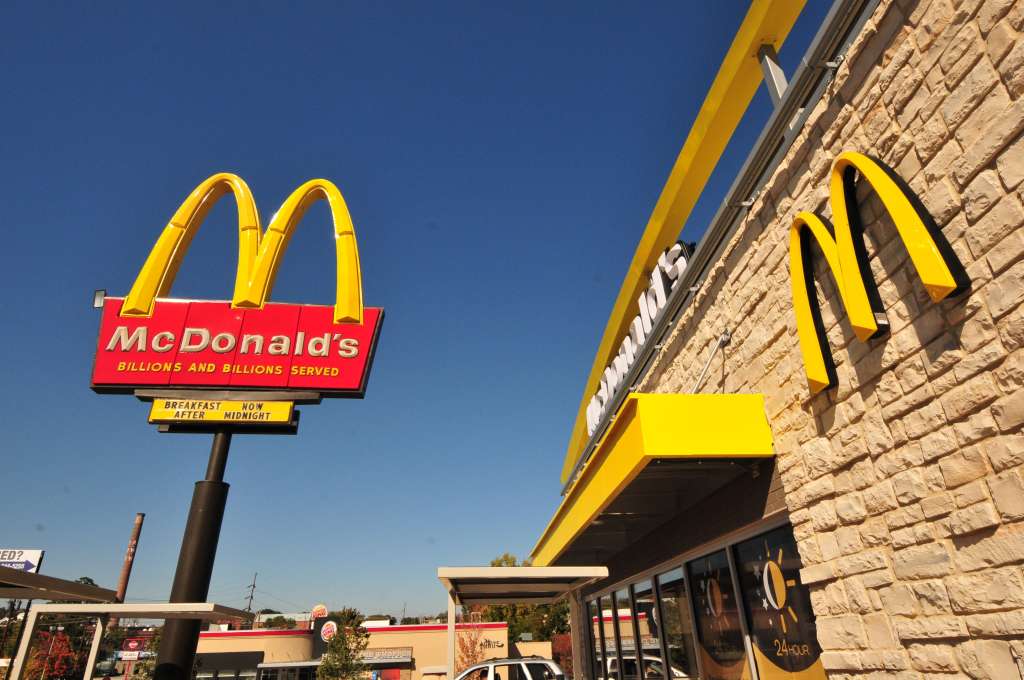 (CNN) — Over 50 protesters have blockaded four McDonald’s UK distribution centers and are calling for the world’s largest fast-food chain to become entirely plant-based by 2025.

Animal Rebellion is stopping workers from accessing four sites across England using trucks, beacons and bamboo towers with people locked into concrete blocks at the base, said the climate and animal justice movement Saturday.

“We believe that putting pressure on one of the largest and most iconic corporations in the world, who are responsible for significant amounts of greenhouse gas emissions and deforestation, can have an impact,” a spokesperson for Animal Rebellion, Alex Lockwood, told CNN over the phone Saturday. The group is asking McDonald’s to transition to a plant-based food system to “stop the climate crisis and end the suffering of animals,” it said in a statement.

The activists plan to blockade the distribution centers for at least 24 hours, but will try to stay for 48, said Lockwood. The bamboo structures will be difficult for police and workers to remove because of the protesters locked into the base.

Animal Rebellion has parked trucks outside the centers with messages attached reading “Meat & Dairy = Climate Crisis” and “Plant-Based Food System.” The blockade will affect around 1,300 restaurants and 3.5 million customers, according to the activist group.

“We want to shine a spotlight on the hypocrisy of the sustainability measures of McDonald’s, and how they claim to have science-backed emissions targets while ignoring how unrealistic they are when they continue to serve the menu they serve,” said Harley McDonald-Eckersall, a 23-year-old who volunteers full-time with Animal Rebellion. “We want to open up a conversation with them.”

McDonald-Eckersall began protesting at a McDonald’s distribution center at Hemel Hempstead, a town northwest of London, at 5 a.m. local time (midnight ET). Police arrived on the scene around three hours later, McDonald-Eckersall told CNN, but she added the atmosphere was “very relaxed.”

We’ve had really positive conversations with workers, lots of them taking selfies with the clown car and big burger, so that’s been enjoyable,” she said. “People are open to hearing why we’re here.”

Animal Rebellion, a sister group to the environmental movement Extinction Rebellion, has not yet heard from McDonald’s, McDonald-Eckersall said.

The American corporation said its distribution centers were facing disruption. “We are assessing the impact on deliveries to our restaurants and to menu items,” a McDonald’s spokesperson told CNN. “We apologise to our customers for any disappointment caused.”

The spokesperson declined to say whether McDonald’s would open a dialogue with Animal Rebellion.

McDonald’s expects to reduce greenhouse gas emissions by 150 million tons by 2030 and co-founded the Global Roundtable for Sustainable Beef in 2011, which aims to improve the sustainability of the global beef supply chain.

Francesca DeBlase, head of McDonald’s global supply chain, wrote in a CNN opinion piece in September that reducing emissions has to be the food industry’s “number one priority.”

Police have also arrived at the other protest sites at distribution centers in Basingstoke, Coventry and Heywood, said Lockwood. Workers tried to remove activists at the Heywood plant, but police are now keeping the situation calm there, he added.