Ana weakens into a depression as it moves away from Bermuda 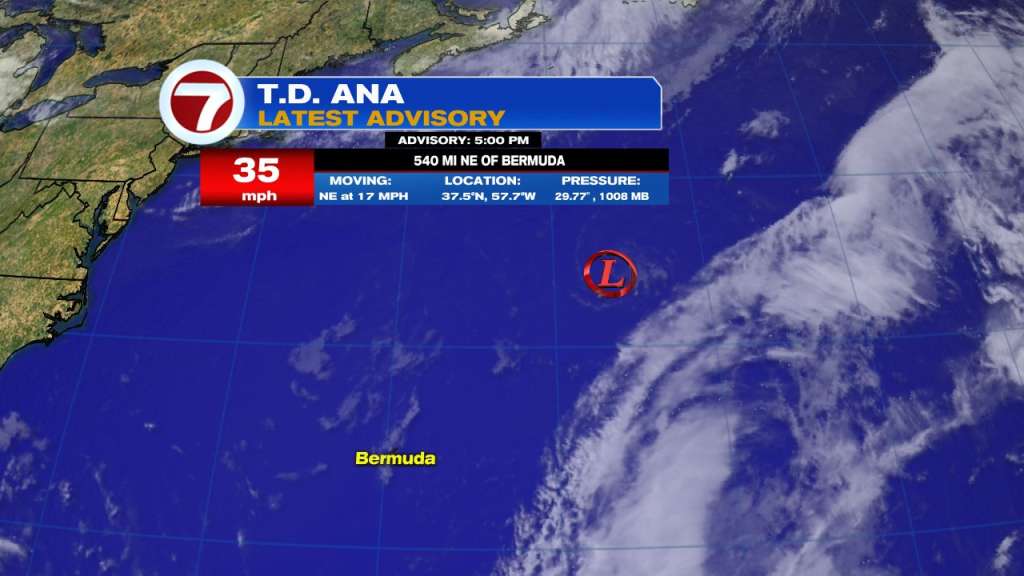 MIAMI (AP) — Ana weakened into a tropical depression on Sunday as it moved away from Bermuda after bringing rain and wind to the island in the Atlantic Ocean, forecasters said.

Ana was located about 540 miles (865 kilometers) northeast of Bermuda with maximum sustained winds of 35 mph (55 kph), the National Hurricane Center in Miami said in a 5 p.m. advisory. It was moving northeast at 17 mph (28 kph).

Ana formed as a subtropical storm early Saturday, then transitioned to a tropical storm on Sunday. It then weakened to a depression later in the day. The hurricane center said it would weaken further over the next 24 hours before dissipating on Monday.

No watches or warnings were in effect for the storm. It posed no threat to land.

Ana was the first named storm in the Atlantic this year, though hurricane season doesn’t officially start until June 1. Meteorologists expect the 2021 season to be busy, but not to the level of last year’s the record-breaking season.