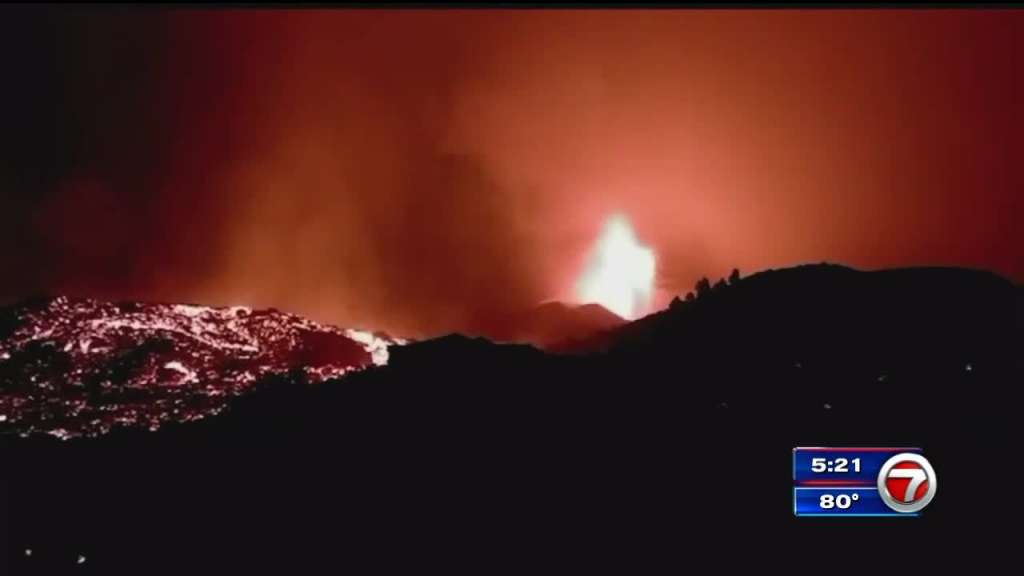 LA PALMA, Canary Islands (AP) — The airport on the Spanish island of La Palma reopened Sunday and authorities allowed some evacuated residents to collect belongings from their homes, as an erupting volcano continued to roar but lava flows remained slow.

The island’s government said there had been “no significant incidents” with the volcano since Saturday, when part of the crater collapsed and another river of lava emerged.

Spanish airport authority Aena tweeted that La Palma airport was operational again after closing Saturday because of a heavy fall of volcanic ash that coated the runway.

Though reopen, no planes were expected at the airport Sunday. Five airlines had already canceled their day’s flights to La Palma because of the ash cloud. Volcanic ash is hazardous for aircraft engines.

Long lines formed at the island’s port to catch ferries off the island.

The volcano on La Palma, which is part of the volcanic Canary Islands off northwest Africa and is home to about 85,000 people, erupted on Sept. 19.

The prompt evacuations of more than 6,000 people helped avoid casualties.

Pope Francis said Sunday he was praying for all those affected by the volcano, dedicating a prayer to them at the end of his weekly noon blessing in St. Peter’s Square.

“I think especially of those who have been forced to leave their homes,” the pontiff said.

Scientists say the eruption could last for up to three months.

On Sunday, the volcano mouth was still hurling out fiery molten rock and black smoke. Its roar could be heard kilometers away.

Three rivers of lava slithering down a hillside on the western side of the island have destroyed 461 buildings, including homes, and covered 212 hectares (more than 520 acres) of countryside, according to a European Union monitoring system. It said satellite images show that volcanic ash covers 1,314 hectares (nearly 3,250 acres) of the island.

Measurements indicated a decrease in pressure inside the Cumbre Vieja volcanic ridge, where the eruption occurred, the Canary Islands Volcanology Institute said.

However, it added that “this does not imply the eruption is coming to an end.”

Scientists have insisted that eruptions are unpredictable. This month’s eruption is the first on La Palma since 1971.