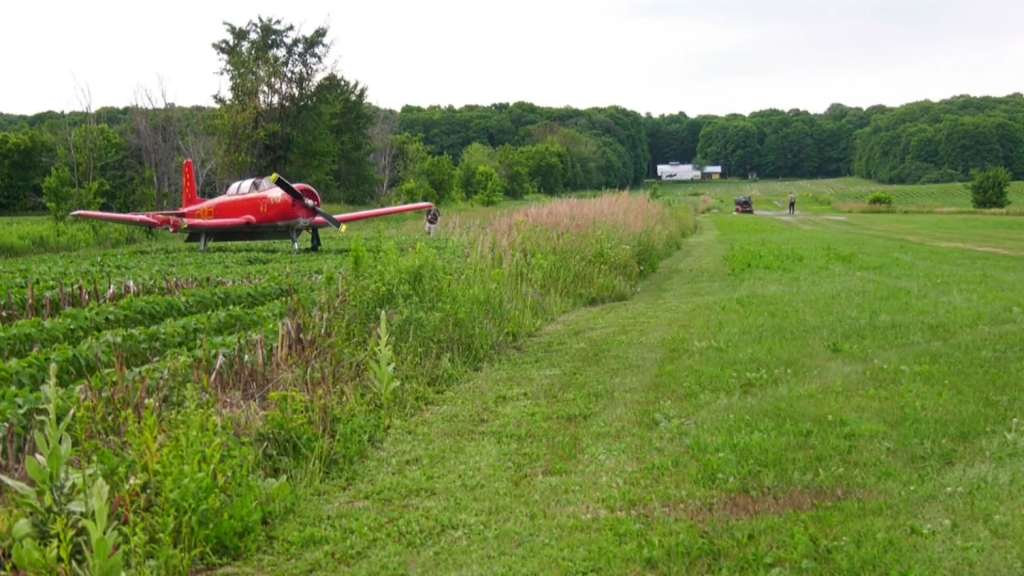 (CNN) — A woman mowing the grass at a small airfield in Quebec died after she was hit by a plane as it came in for a landing, authorities say.

The 27-year-old woman, who has not been identified, was operating a tractor on Monday near the runway at the Saint-Esprit airfield in Quebec, about 37 miles (60 km) north of Montreal.

“What we can understand is that the woman was on a tractor mowing the lawn and when the plane did its descent to land on the airstrip the airplane hit the woman,” Quebec municipal police spokesman Marc Tessier told CNN.

The woman was taken to the hospital where she later died, Tessier said. She worked for a company that provided maintenance at the airport.

The pilot of the plane was not injured, but was in shock after the incident and was taken to the hospital to be checked out, he said.

Tessier said that the small airfield is used by private aircraft and that a skydiving company also operates there. The pilot was in his own plane, he said.

The Transportation Safety Board of Canada (TSB) is investigating the incident and a team has interviewed witnesses, examined the aircraft and the tractor and collected other evidence at the site on Monday.

The plane was a single-engine Nanchang CJ-6 — a Chinese-built training plane that is usually flown by private pilots in Canada, a TSB spokesman Chris Krepski told CNN.

Krepski said that at the time of the incident, the weather “was appropriate for visual flight rules flying” and that there were light winds and a few clouds at 4,000 feet.

Tessier said it could take a few weeks, or even months, to determine what happened.