A university president resigned after a recent plagiarized speech. It’s not the first commencement address lifted 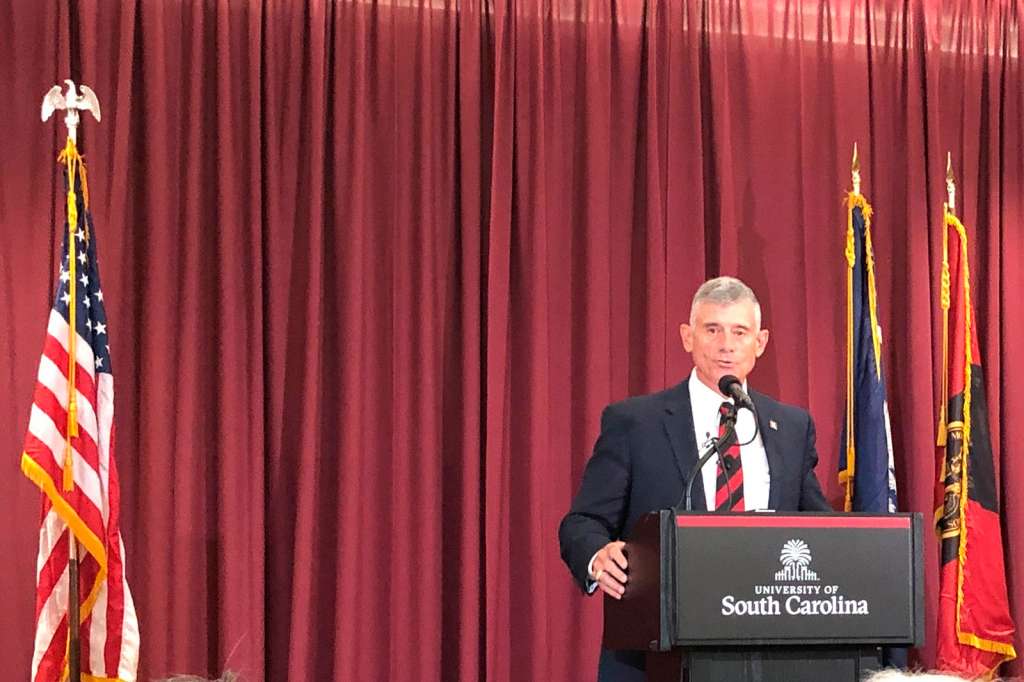 (CNN) — The resignation of University of South Carolina president Bob Caslen for plagiarizing remarks in a commencement speech is the most recent example of the awkwardness faced by educators and school leaders when higher-ups find inspiration in the wrong ways.

Caslen resigned from his position Wednesday after admitting his commencement speech plagiarized portions of a speech given by the former head of US Special Operations Command, retired Navy Adm. William McRaven.

“I was searching for words about resilience in adversity and when they were transcribed into the speech, I failed to ensure its attribution. I take full responsibility for this oversight,” Caslen wrote in a letter to students obtained by CNN affiliate WIS.

McRaven, who led the successful raid that killed Osama Bin Laden, gave a stirring speech to the University of Texas at Austin in 2014 that has been viewed on YouTube by millions, featuring lines that have been lifted by others since.

Each school system in the US has its own policies regarding student plagiarism, yet it can be nebulous when educators or administrators themselves fail to attribute properly. Several graduations in the last decade have witnessed speakers using material that was unattributed or outright copied.

Caslen said he was “truly sorry” and apologized for having undermined trust in the university’s leadership. “I understand the responsibilities and higher standards of senior level leadership. When those are not met, trust is lost. And when trust is lost, one is unable to lead.”

McRaven’s 2014 address, known by some as the “Making Your Bed” speech, preached to those in attendance the power of focusing on details, to do the little things right on the way to bigger and better possibilities.

“Know that life is not fair and that you will fail often,” McRaven said during one part that Caslen’s speech closely matched. “But if you take some risks, step up when the times are toughest, face down the bullies, lift up the downtrodden and never, ever give up — if you do these things, then the next generation and the generations that follow will live in a world far better than the one we have today. And what started here will indeed have changed the world — for the better.”

This was, however, not the first time McRaven’s remarks have been unattributed or copied for use by others.

Weeks after McRaven’s speech, a superintendent for a public school system in Massachusetts was suspected of lifting portions of it to use in her commencement speech, according to reporting from CNN affiliate WFXT.

The superintendent said she incorporated ideas from a prior speech she heard a year earlier and was unaware of the similarities until a student sent her an anonymous letter pointing out the correlation, according to WFXT. She later retired from her position, stating the issue would remain a distraction if she stayed.

In 2017, parts of a commencement speech from a high school principal in Connecticut closely resembled McRaven’s speech, according to reporting from newspaper Republican-American. The principal said he had “committed plagiarism” and served an eight-day, unpaid suspension after apologizing to students and the community.

Giving credit when it’s due

It is not only McRaven that has been a source for unsourced material. A graduation speech given at a West Virginia high school in 2019 by its principal was found to be all too similar to a speech actor Ashton Kutcher gave at the 2013 Nickelodeon Kids’ Choice Awards. Both had, among other similarities, matching quotes about “opportunity,” nodded to Steve Jobs and concluded with “I love you guys.”

The principal apologized in a statement obtained by CNN affiliate WTAP. “It was never my intent to take credit for what I said or give a specific credit because of how I prefaced my speech,” his statement said. “I did not get all my ideas from Ashton. Format yes, thoughts and ideas were from my heart.”

The high school overseen by the Massachusetts administrator in 2014 had a handbook which defined plagiarism as “copying or paraphrasing from the work of another student or from published sources … without proper documentation,” and doled out punishments to students with increasing severity for each instance, according to reporting from newspaper The Sun Chronicle.

The University of South Carolina is explicit in its honor code to students, with offenders referred to its Office of Academic Integrity.

The 2019 apology from the West Virginia principal included in his remarks, “In the future, anything that is spoken by me or any other administrator to the public, if it has been said by anyone else, it will be cited.”

The lesson provided here for any student or school official tasked with the difficulties of writing and performing a public speech: wise words from others are perfectly fine to share. With attribution.