‘A piece of flying Italy flying around the world’: The rise and fall of Alitalia 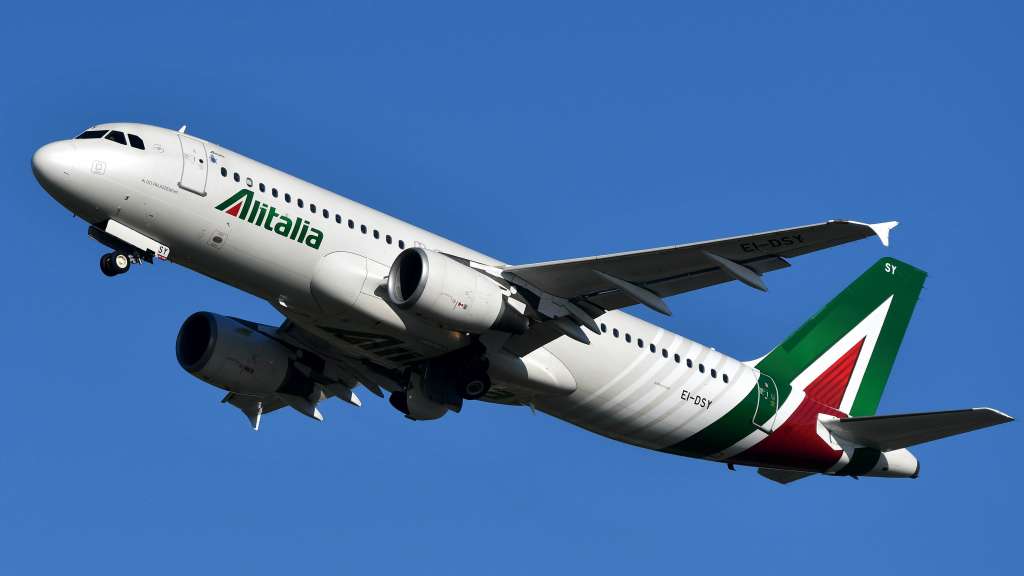 Italy’s storied flag carrier has announced it will no longer issue tickets, triggering a countdown of just a few weeks until its familiar red and green livery vanishes from our skies for good.

The nationally owned airline is to be replaced in October by ITA, a smaller company with a different logo, but the service which once carried Italian pride, style and cuisine — not to mention the Pope — to all corners of the planet will be long gone.

While the demise of Alitalia might bring a sense of loss for many Italians, it’s unlikely to come as a surprise. The airline has spent the past few decades teetering on the brink of collapse as authorities scrambled to strike lifeline alliances with investors and other global carriers.

“Each time it succeeded in being rescued, albeit with the only result of further prolonging its agony”, says Giovanni Orsina, director of the School of Government at Rome-based LUISS University.

Founded 74 years ago, Alitalia was once known by Italians as “freccia alata” — aka the “winged arrow” in honor of speed — will retire for good. Its aircraft’s tails bore the popular logo of a capital ‘A’ shaped like the wing of an aircraft and colored like the Italian flag.

Aside from its cuisine and car brands, it was perhaps one of Italy’s most recognized symbols overseas.

When Italian families returned home from a faraway trip and set foot inside an Alitalia aircraft, with the stewardess finally greeting them with a warm “buongiorno” and serving steaming spaghetti with tomato sauce and cotoletta alla Milanese for lunch, it was like stepping back home. To kill time passengers could read Italian national newspapers.

The hot Italian cuisine served on board at times made the company a favorite among international travelers. The duty free sold luxury Italian perfumes, watches, scarves and ties. Back in more unenlightened times, husbands returning from a long-haul flight would bring their wives the latest boutique item.

The airline had the blessing of religious authorities too. From 1964 it regularly served as the Pope’s official airline, with the size of the plane varying based on the distance being flown. The aircraft carrying the Pope is usually referred to as “Shepherd One” — the papal equivalent of Air Force One — and is given the flight number AZ4000.

It wasn’t all glamor and prestige for Alitalia. Over the past 30 years Italy’s government has pumped billions of euros into the airline in an attempt to save it from extinction and keep its employees in jobs.

But, says Orsina, the airline simply couldn’t cope with global competition and adapt to the changes in the aviation sector.

“The fall of Alitalia is the ultimate symbol of Italy’s historical, inbred difficulty in dealing with globalization and rising competition,” he tells CNN. “The travel industry has undergone a revolution while Alitalia was stuck in a stalemate, stifled by corporations, lobbies, trade unions and political pressures to keep it afloat despite its woes and the reality of an evolving sector.”

Even though Italy has always been a popular tourist destination Alitalia’s profits kept falling due to rising competition, debts piled up and bankruptcy followed. The company passed several times into extraordinary administration. Numerous rescue missions were mounted without long term success.

The aftermath of the September 11, 2001 attacks on the United States, which heavily impacted the aviation industry, dealt a heavy blow to Alitalia, but the lethal strike has likely been the Covid-19 pandemic.

“Authorities kept resuscitating it, believing that Alitalia just couldn’t fail, but there are limits and we’ve reached the bottom,” says Orsina. “It’s like curing a terminal patient. You can try to make him feel less pain for a while, but not forever. That is therapeutic obstinacy.”

Alitalia’s golden age started in the 1950’s when post-World War II reconstruction triggered an economic boom in Italy and families could finally afford to fly to distant locations.

“Italy was a vanquished country recovering from the wounds of the Second World War and Alitalia came to represent collective hope and national identity,” says aerospace industry expert Gregory Alegi.”It conveyed a sense of belonging.”

As the jet age arrived, the 1960 Summer Olympics in Rome helped spread the fame of Alitalia worldwide — the company even created a poster showing a javelin thrower with an airplane flying over his head.

“Having a state carrier was a must for Italy, an icon of national pride and patriotism,” says Orsina. “Italy couldn’t afford not to have one, it was like having the police and carabinieri corps. Alitalia was an indispensable accessory of the state because it was like having a piece of flying Italy around the world”, says Orsina.

Alitalia’s troubles started in the 1990s when European deregulation made air traffic more competitive and Italian railways were strengthened, according to aerospace expert Alegi.

The situation worsened when authorities tried to privatize Alitalia, triggering an infinite quest for carrier partners and businessmen willing to support the state in tackling the challenges of a free market. All partnerships failed, while trade unions fought against layoff plans.

And while Alitalia was loved as a symbol, it was often loathed by its passengers.

According to recent surveys the majority of them believe the state should have long stopped funding the company with taxpayers’ money.

That hasn’t clouded nostalgia felt by retired pilots, captains and air attendants for the good old days, when salaries were high and the job came with benefits and prestige.

Rosetta Scrugli, a former Alitalia passenger who regularly flew to Asia for work, complains that union protests have made her lose important meetings overseas.

“The flight was either late, or often even canceled,” she says. “I spent hours waiting at the terminal and my luggage was lost several times. It’s nice to fly a national carrier if things run smoothly, otherwise it can be hell. Patriotism has nothing to do with it, efficiency is key”.

Scrugli also complained that Alitalia used to fly to Asia via Milan, with no direct flights from Rome.

While little is yet known about the airline’s anointed successor, according to Alegi, there are hopes ITA will succeed where Alitalia has failed.

But since it will be state-owned, at least in the short-term, no one is expecting it to soar just yet.