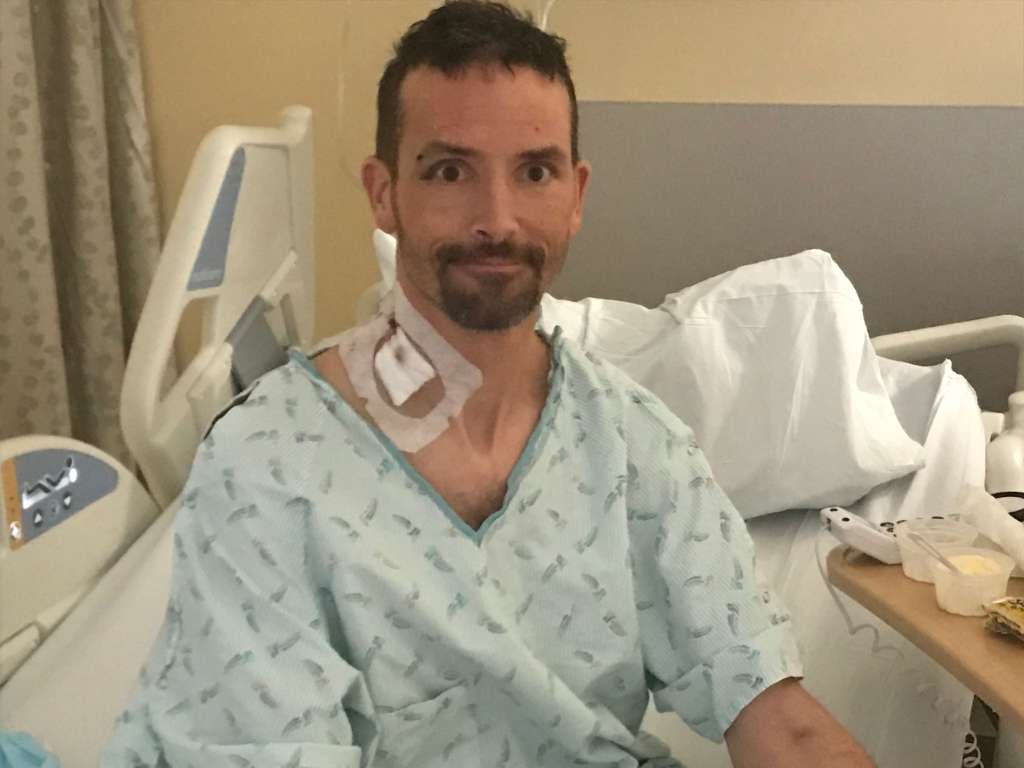 (CNN) — A hiker who was found in whiteout conditions on Washington’s Mount Rainier “came back from the dead,” his doctor said, after his heart stopped for 45 minutes.

Michael Knapinski, 45, was put on life support after arriving at Harborview Medical Center in Seattle, Washington, last week. But doctors were able to jumpstart his heart.

“He came back from the dead,” Dr. Jenelle Badulak, an intensive care unit doctor at Harborview Medical Center, told CNN. “It wasn’t a miracle though, it was science.”

The Washington native was hiking in the national park last week when he got lost in below-freezing conditions. Navy crews found him lifeless, according to CNN affiliate WPVI-TV.

“Michael was unconscious, had extreme hypothermia and his heart stopped shortly after he arrived at the ER,” Badulak told CNN. “But he did have a pulse and no major injuries so we all immediately thought of ECMO.”

The team of doctors quickly decided he would be the perfect patient for the life support machine known as ECMO (extracorporeal membrane oxygenation), Badulak said. The specialized heart-lung bypass machine removes blood from the body and runs it through an oxygenator before pumping it back in.

The treatment does not guarantee recovery but can sometimes be lifesaving.

Badulak said the reason the team chose this particular machine — which doctors use sparingly because it requires special training to operate — is because Knapinski’s organs were so cool from the freezing conditions that the organs were able to function with less oxygen, which essentially buys doctors more time to restart the heart.

After 45 minutes, the ECMO machine had successfully gotten Knapinski’s blood flowing. The team then warmed his body back to a temperature that the heart could function at and shocked his heart one more time.

“We knew the heart would start beating again,” Badulak said. “The main concern was his brain and if there had been any permanent damage while his heart was stopped.”

“When I woke up, I just really didn’t comprehend what had happened,” said Knapinski, according to WPVI-TV. “I’m extremely grateful to everybody here at the hospital for not giving up on me. I’m alive and breathing.”

Knapinski was discharged after just eight days in the hospital, and Budak said he will make a full recovery.

“In the five years that we’ve had an ECMO program at Harborview, we’ve only had a handful of people walk out of the hospital after hypothermic cardiac arrest. So, Michael’s case is certainly uncommon,” she said. “That guys is going to live for decades.”