A man on trial in North Carolina who was shot during a courtroom scuffle has died, officials say 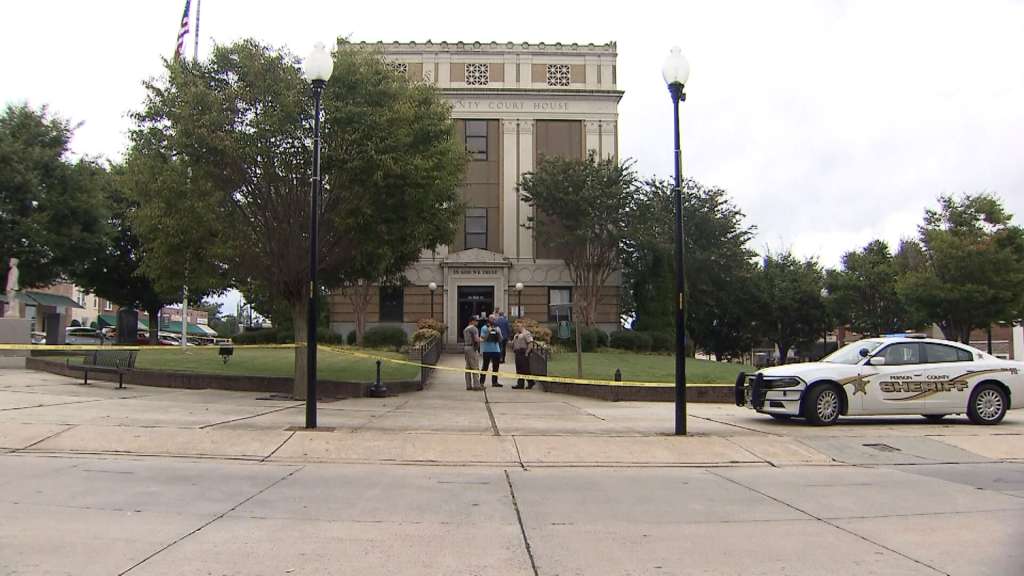 (CNN) — A man who was shot by a police officer after allegedly trying to take a bailiff’s weapon inside a North Carolina courtroom has died, state investigators said.

The shooting occurred Thursday inside the Person County Courthouse in Roxboro, according to a statement from the North Carolina State Bureau of Investigation.

Christopher Thomas Vaughan, 35, was on trial for false imprisonment after being accused of trying to coerce a woman from a Walmart, Louisburg attorney Boyd Sturges told The News & Observer.

Following a guilty verdict, Sturges said, Vaughan threw a chair and ran for the judge’s bench, where two deputies subdued him, according to The News & Observer.

Vaughan tried to grab a bailiff’s weapon, the SBI said. Vaughan was shot by a Roxboro police officer, according to information shared with the SBI by local authorities. Vaughan was taken to Duke University Hospital, where he died, according to the SBI statement.

The bailiff had a gash on his head and scratches on his neck, while the officer had a broken hand, the SBI said. They were treated at medical facilities and released.