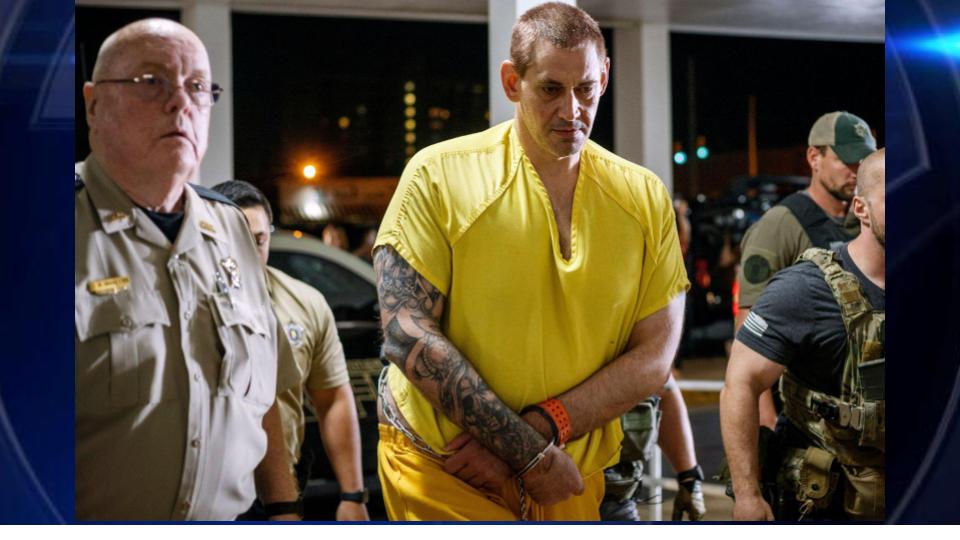 (CNN) — An Alabama judge this week ordered recaptured murder suspect Casey White to provide a DNA sample in the investigation of the 11 days he spent as a fugitive with a jail official who authorities say freed him.

White, 38, is charged with first-degree escape in connection with his April getaway from a jail in Alabama’s Lauderdale County with corrections official Vicky White, who authorities say killed herself during a car chase May 9 after police caught up with the pair in Indiana.

Such a request is routine, said Connolly, who couldn’t elaborate because the case is active.

Casey White’s attorney did not immediately respond to CNN’s request for comment.

Authorities say Vicky White, 56, then the assistant director of corrections at the Lauderdale County jail, checked Casey White out of the detention center April 29 under the pretense of taking him to a courthouse appointment.

Investigators believe the two had fostered a romantic relationship while Casey White, who was normally housed in a state prison, was periodically transferred to the Lauderdale County jail to attend hearings related to the 2015 stabbing death of Connie Ridgeway, for which White is facing capital murder charges.

He allegedly confessed to killing Ridgeway in 2020, according to Connolly, but later pleaded not guilty by reason of insanity.

The escape kicked off an 11-day manhunt that ended after officers were tipped off the pair were in Evansville, Indiana. Officers spotted the duo exit an Evansville motel room and drive away in a Cadillac, setting off a pursuit that ended in a car crash. Casey White was pulled from the wreck and arrested; Vicky White was later pronounced dead from a self-inflicted gunshot wound to the head, authorities said.

Casey White is now being held at a state prison in Bessemer, Alabama.

Before his escape, Casey White was already serving a 75-year sentence for a 2015 crime spree that included a home invasion, carjacking and a police chase, according to the US Marshals Service.

He is scheduled to be in court June 13 relating to the murder charges in Ridgeway’s death.