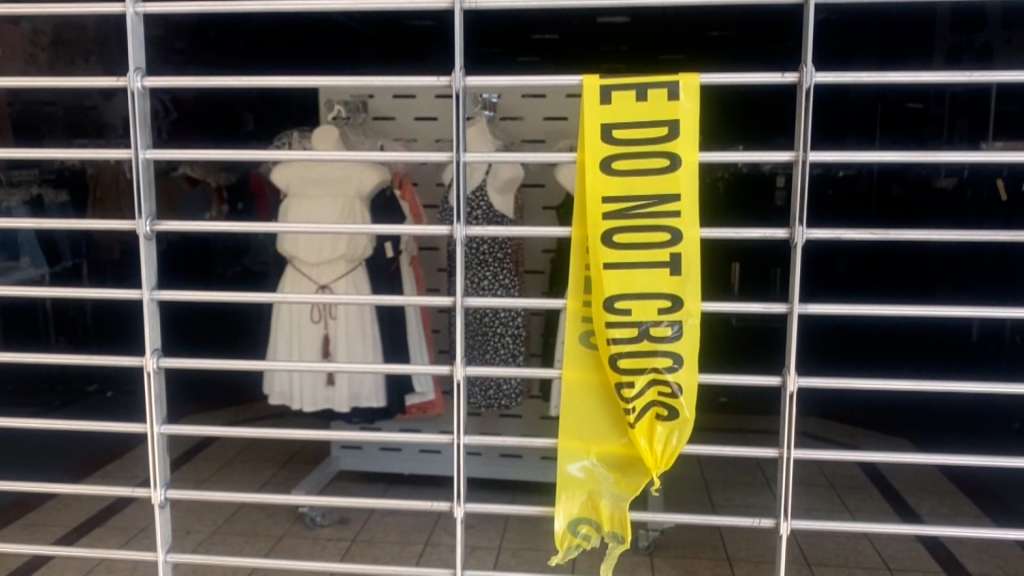 (CNN) — A shoe store owner aiming at would-be shoplifters opened fire in a California mall but struck a 9-year-old girl waiting in line to see the Easter Bunny, police said.

The child was flown to Loma Linda Medical Center after the April 12 shooting in the Mall of Victor Valley and had surgery. Her injuries were not life-threatening. She was released in good condition two days later, said hospital spokesperson Briana Pastorino.

Marqel Cockrell, co-owner of Sole Addict in the Victor Valley Mall, fled after the shooting, Victorville, California, police said, and was arrested hours later by the Nevada Highway Patrol.

The San Bernardino County district attorney charged Cockrell on Monday with five counts including assault with a firearm and discharge of a firearm with gross negligence.

The San Bernardino County Public Defender’s Office is representing Cockrell, but his attorney was not immediately available for comment Monday.

Cockrell’s bail was set at $250,000 and he is scheduled to be back in court on April 21, according to Jacquelyn Rodriguez, a spokesperson for the district attorney.

In an interview with CNN affiliate KCAL/KCBS, the girl’s grandmother, Robin Saldarelli, said Ava’s arm will remain in a brace while the bones heal after being shattered by three bullets. The girl and her family were next in line to meet the Easter Bunny when she was shot.

Sole Addicts posted on Instagram the store will close permanently.

Cockrell waived extradition during a court hearing in Nevada on Thursday, but was ordered held in Las Vegas for 30 days pending the filing of any local charges. He does not currently have an attorney of record, according to the court and the District Attorney’s office.