A former Boston ballerina and her husband have been accused of sexually abusing young dancers, according to a federal lawsuit 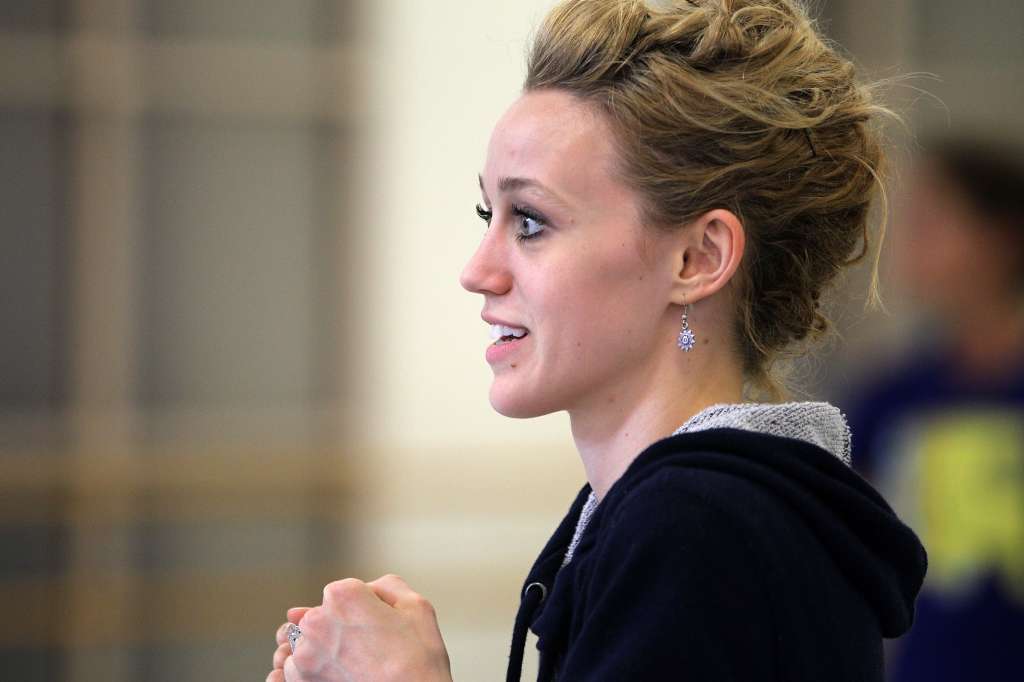 BOSTON - AUGUST 28: Boston Ballet corps dancer Dusty Button works with other dancers, on Wednesday, August 28, 2013, on a piece she choreographed for her world premier. (Photo by Pat Greenhouse/The Boston Globe via Getty Images)

(CNN) — Former Boston Ballet star Dusty Button and her husband, Mitchell Taylor Button, are accused of sexually abusing several dancers, including a minor, according to a federal lawsuit.

Taylor Button was accused over the summer but an updated complaint filed on Thursday also named his wife.

Dusty Button was a ballerina for the Boston Ballet from 2012 to 2017, according to the company, and has since then cultivated a large Instagram following by highlighting her coveted international workshops, master classes and dance numbers.

A complaint filed in July in the US District Court in Nevada claimed Taylor Button “has exploited his position of power and influence in the dance world to sexually abuse young dancers across the country.”

After Taylor Button moved to dismiss the lawsuit and denied the allegations in court filings, an updated complaint filed with the court last week named both Dusty Button and her husband as defendants in the abuse.

At least five dancers, some of whom were mentored by Taylor Button, and Dusty Button at times, say he sexually abused them, at times with his wife’s participation, court documents show.

What the dancers allege

Boston Ballet dancer Sage Humphries and dancer Gina Menichino filed the initial complaint against Taylor Button, alleging that he manipulated and groomed them for sexual assault for years.

Menichino took dance lessons from Taylor Button when she was 13, according to the complaint.

Taylor Button allegedly sexually assaulted Menichino on two occasions in 2010 when they were sharing a blanket while watching a movie with other dance students, according to the complaint.

When Taylor Button traveled out of state, he “would continue to communicate with Gina, including by sending and soliciting sexually explicit photos and videos,” said the complaint.

“We look forward to clearing both of their names in court,” attorney Marc John Randazza, who represents the Buttons, told CNN. “We are not trying this matter in the press.”

Randazza also said allegations made in the complaint “were written to make the press interested in this case and to enflame the anger of anyone who reads the Complaint,” his motion said.

A judge denied Randazza’s motion to toss the case since it was directed at the original complaint. Other accusers had stepped forward since the motion was filed.

“Our position remains the same,” Randazza told CNN regarding his motion to dismiss.

The lawsuit alleges that on multiple occasions, Dusty Button held down Humphries so she could not move while her husband penetrated her without her consent.

According to the lawsuit, the Buttons engaged in sex trafficking because they enticed Humphries “to cross state lines with the Buttons by using threats, intimidation, and the pretense that they would help further her career and professional development, in exchange for engaging in sex acts.”

Another dancer, identified as Jane Doe 100, was a minor in the care of the Buttons when they allegedly sexually assaulted her in “a room that had a mattress on the floor and an arsenal of guns hanging on the wall,” the complaint said.

“Boston Ballet supports Sage Humphries who is bravely coming forward, sharing her experience to protect others, and seeking accountability and justice,” the dance company said in a statement, but declined to comment specifically on the pending litigation.