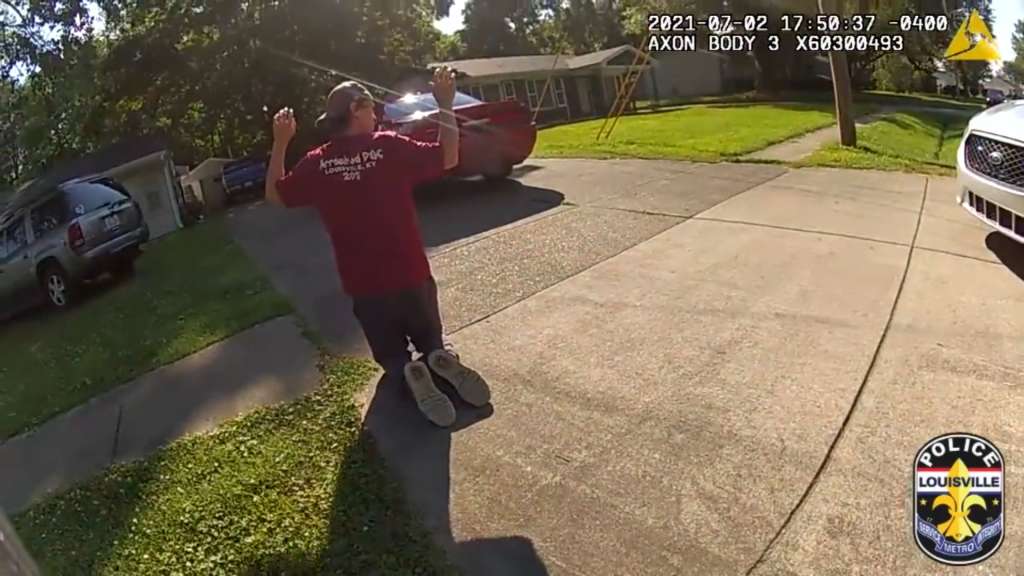 (CNN) — A 6-year-old girl who was kidnapped Friday was then rescued in about 30 minutes by two Louisville Metro Police Officers, according to the citation given to CNN by the police department.

The suspect, who has no relation or custody of the girl, allegedly told police he saw the girl “playing outside near the street, circled the block, and then took her from the side of the road.”

The suspect, identified as Robby Wildt, also told police that as the girl cried in the front of his car he tried to “console her before deciding he knew what he was doing was wrong,” according to the citation. He began to drive back to the location he took her from, afraid he may hurt her, it said.

Witnesses to the kidnapping called 911 with a partial license plate number and a detailed description of the event and several police divisions, K9 and Air Units responded, the Louisville Metro Police Department said in a statement.

Officer Jason Burba’s body-worn camera footage shows Burba opening the passenger door of the suspect’s car to find the young girl crying. Burba picks her up and walks her away from the suspect’s car while she cried “I want my Daddy.”

Police say the suspect made multiple statements saying what he did was wrong and that he felt bad about it, the citation states.

Wildt was charged with kidnapping a minor and booked into the Louisville Metro Corrections, according to the police department.

Wildt pleaded not guilty and a no contact order was served. Bond was set at $1 million, according to the Jefferson Circuit Court Clerk. He had not posted bail as of Thursday afternoon, corrections officials told CNN.

He does not have an attorney of record, according to court officials.