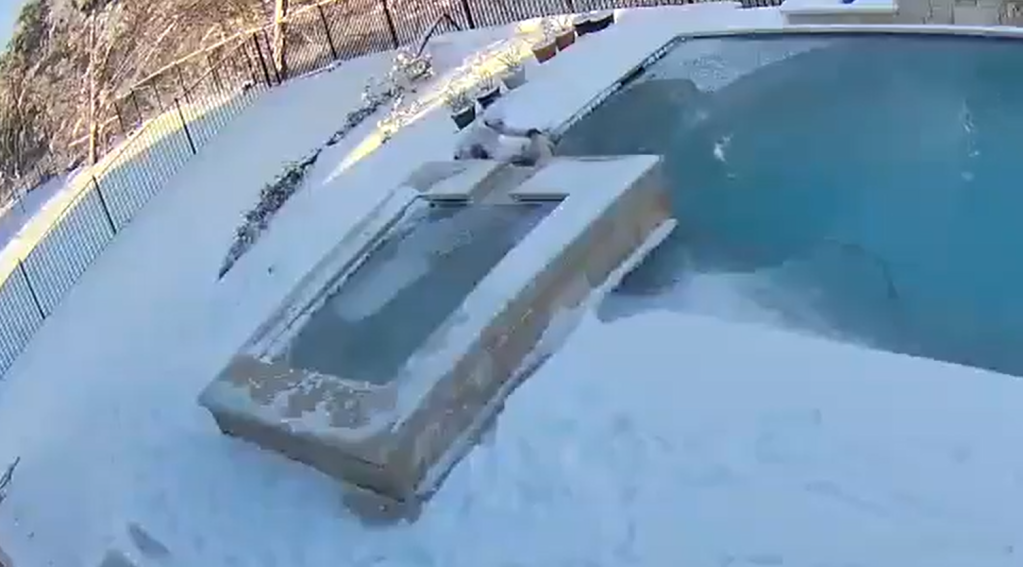 AUSTIN, Texas (WSVN) — A young girl rushed to the rescue of her beloved canine companion when he fell into a freezing pool.

Home surveillance video shows 8-year-old Amelia outside her Austin home with her dog Cooper on Feb. 15, when Cooper loses his footing and slips into their icy pool.

Amelia is seen jumping into action and pulling the 90-pound pup to safety.

YOUNG HERO: 8 year old Amelia is a hero after she saved her 90lb dog Cooper from a freezing pool in #Austin last week.

I'm told Amelia was full of adrenaline and pretty proud that she saved him.

Amelia’s father, Ron Cipriano, shared the video with WSVN and said Amelia was full of adrenaline and proud after saving Cooper.

Cipriano said his wife saw what happened from the bedroom window and rushed outside with towels right as Amelia was pulling Cooper from the icy water.

Cipriano said both Amelia and Cooper are doing fine and Cooper hasn’t left Amelia’s side since the incident.