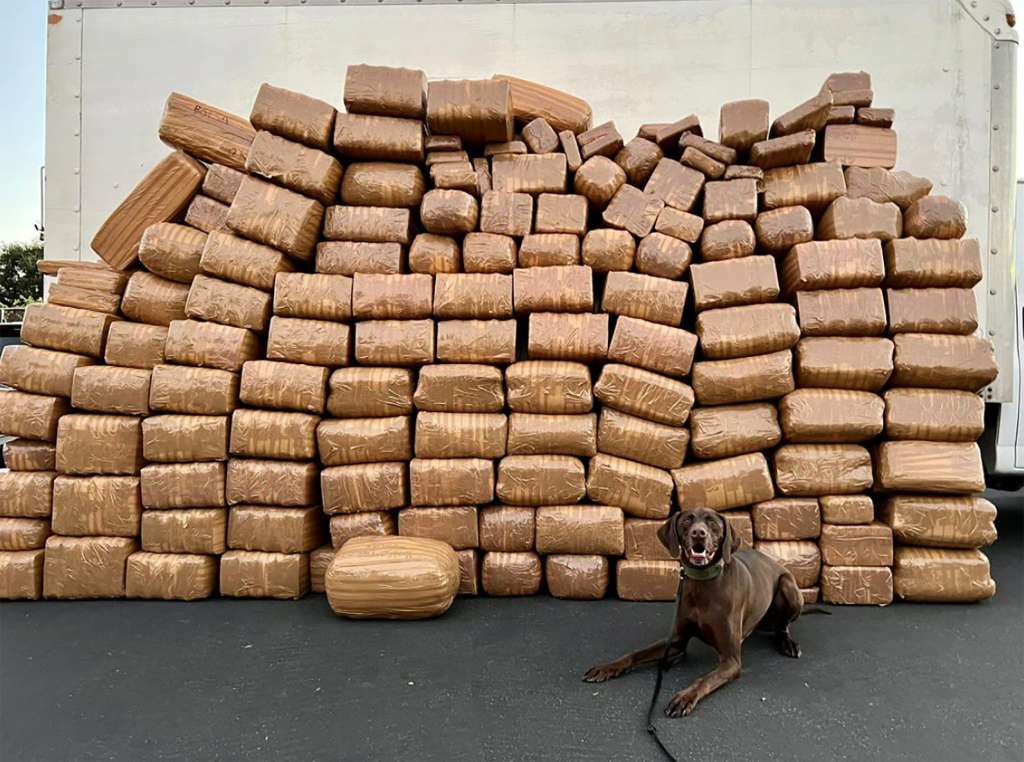 (CNN) — More than 5,000 pounds of methamphetamine were seized this week after authorities in San Diego County tracked and intercepted a truck that crossed the US border from Mexico, officials said Friday.

Four men from Tijuana, Mexico, were arrested and charged with conspiracy to distribute the highly addictive drug in what officials described as one of the largest meth busts in San Diego County.

“This monumental seizure represents another win against drug cartels that fuel addiction in the United States,” said Shelly S. Howe, a Special Agent in Charge at the US Drug Enforcement Administration.

The 20-foot commercial truck, which was carrying 148 meth bundles, crossed the border Thursday through the Otay Mesa Commercial Port of Entry in San Diego, the US Attorney’s Office said in a statement.

Law enforcement followed the vehicle to National City, California, where agents saw the accused men unloading dozens of cardboard boxes from the truck into a Dodge van. The bundles found in the boxes tested positive for methamphetamine, according to the statement.

In April, US Customs and Border Protection officers in California seized more than 400 pounds of meth, cocaine and heroin concealed in toolboxes that were being transported to the country. That seizure carried an estimated street value of $2.56 million, CBP said.

Meth is a highly addictive stimulant that usually takes the form of a powder. In 2020, more than 23,000 Americans died from overdoses involving psychostimulants, primarily meth, according to the US Center for Disease Control and Prevention.