4-week-old inside car when parents overdose on drugs in Franklin County, police say 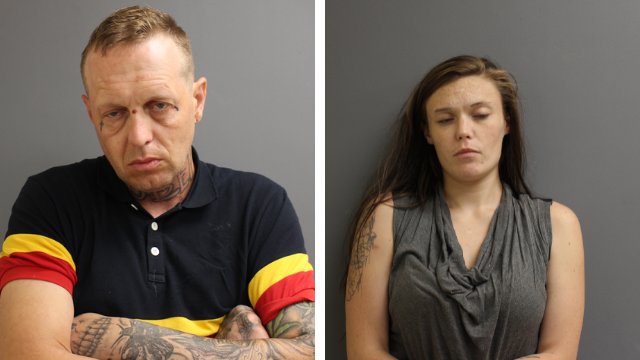 WASHINGTON, Missouri (KMOV) — A couple was arrested after allegedly overdosing on drugs while their 4-week-old child was inside the backseat of the car in Franklin County, Mo. Friday, police said.

Ambulances were called to a parking lot near the 1900 block of East 5th Street after receiving calls of a man and woman slummed inside a car. Once there, they found Kester and Carpenter suffering from apparent drug overdose. Narcan was given to the 25-year-old woman while the man became alert after Sternum Rub was applied to him. Traces of heroin/ fentanyl were found inside the car.

As they were treating the pair, crews found their 4-week-old infant strapped inside a car seat in the back seat with a blanket covering it. The baby was showing signs of distress due to the heat and was taken to a local hospital for treatment. Deputies said the car was not running and the back windows were rolled up.

“The Washington Police Department took the infant into protective custody and released the infant to the Franklin County Children’s Division,” the department said.