3-year-old boy dies after falling from window, getting attacked by dogs 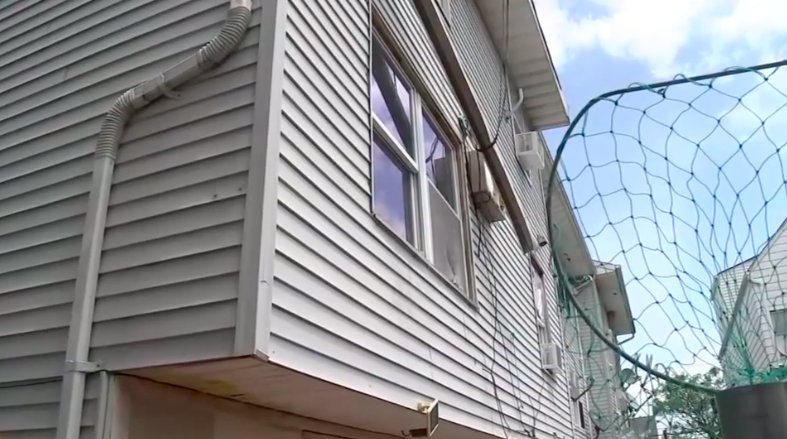 A 3-year-old boy died after he fell out a window of his New Jersey home Wednesday and was then attacked by a pair of dogs in the backyard.

ELIZABETH, New Jersey (CNN) — A 3-year-old boy died after he fell out a window of his New Jersey home Wednesday and was then attacked by a pair of dogs in the backyard.

The tragic and horrific incident happened on South 5th Street in Elizabeth around 5:30 p.m.

Police say the child fell from a rear window and was mauled by the animals, which belonged to the family and were in a cluttered fenced in area.

Neighbors say it was an horrendous sight as the child’s mother tried to pull the dogs off the little boy.

He was rushed to Trinitas Regional Medical Center, where he was pronounced dead shortly after 6:30 p.m.

Area residents say the dogs were always a terror, and the yard where the vicious attack happened is full of feces, motorcycles and debris.

“I cannot believe this happened to a little 3-year-old,” Rocha said. “He’s a baby. Could be mine, could be somebody else. He’s a baby, and killed by dogs?”

Neighbors said their thoughts are with the boy who suffered such an agonizing death.

Acting Union County Prosecutor Lyndsay Ruotolo, Elizabeth Police Chief Giacomo Sacca, and Police Director Earl Graves said the circumstances are under investigation, but at this point, no charges have been filed.

Representatives of a local animal control organization responded to the scene and secured the dogs, which were transported to another location.

Anyone with any information about this matter is being urged to contact Prosecutor’s Office Detective Richard Acosta at 908-347-0404 or Detective Michael Tambini at 908-472-4301.