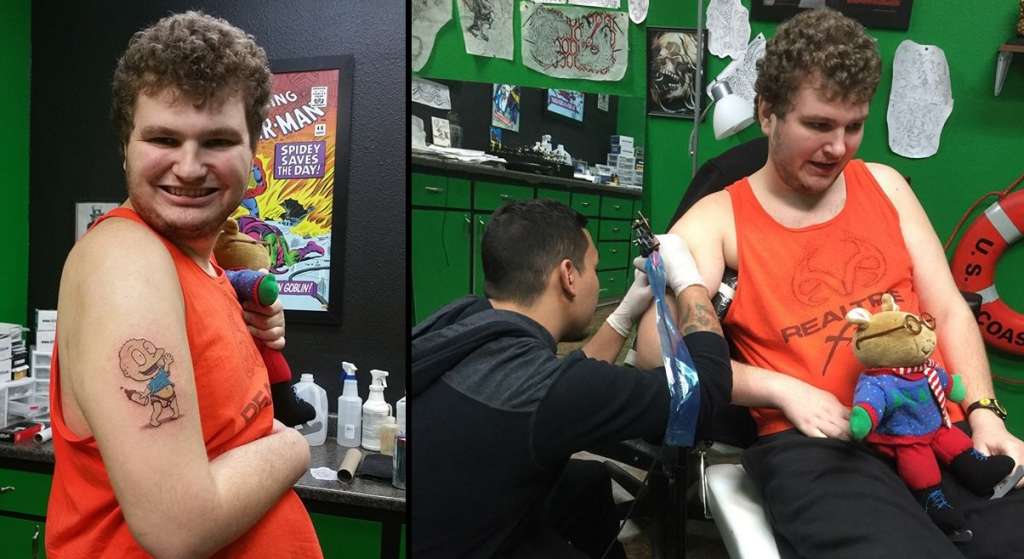 BERMERTON, Wash. (WSVN) — A 23-year-old man with autism had wanted a tattoo for years. But when his mom took him to get one done, they kept getting turned away.

“As a child he loved the fake ones and would freak out when they washed off,” Sandi Green told KTVU about her son, who goes by the nickname ‘Buzz.’

Green says her son repeatedly asked to get a tattoo over the years, but she told him he’d have to wait until he was older. Although she say she doesn’t care for tattoos herself, Green decided to make Buzz’s dream a reality for his 23rd birthday.

After consulting with her son’s doctor, who supported the idea, Green took Buzz to local tattoo shops, only to either be turned away or quoted high prices.

She said she understood why the shops hesitated, noting that her son is 6’3″ and 200 pounds, and it was unclear how he would respond to the tattoo process.

They continued to search for shops, until meeting with tattoo artist Pat Masga at Northwest Inkorporated.

Masga said that since Buzz was so sure he wanted the tattoo, the least he could do was try.

“When Buzz arrived he had a huge smile. From the moment I met him and that’s when I told myself that this tattoo is getting done – no matter what adjustments I have to make,” Masga said. “Whether it took me five hours or five sessions, I was willing to do it. He sat like a champ, didn’t complain or quit, and we did it!”

Buzz grinned from ear-to-ear with the final result: Tommy from the 1990s Nickelodeon show “The Rugrats.” Green says Buzz never wavered from wanting a Tommy tattoo over the years.

Masga wrote about the encounter on his shop’s Facebook page, and the post quickly went viral. Just over a week after putting up photos of Buzz, the post has over 183,000 likes and 87,000 shares.

“(Buzz kept) getting overpriced quotes and flat out told ‘no’ so they decided to check out my shop. Well guess what? He sat like a rock, was positive all the way of what he wanted and finally got his dream tattoo!” Masga wrote in the caption. “So be like Buzz and don’t let them tell you ‘no’ or ‘not possible,’ cause damn it, me and Buzz?!, We did it!”

Green says her son loves the end result, and eventually wants to add the rest of the Rugrats characters to his arm. She says Buzz is saving up his money for his next visit with his “new best friend” Pat.