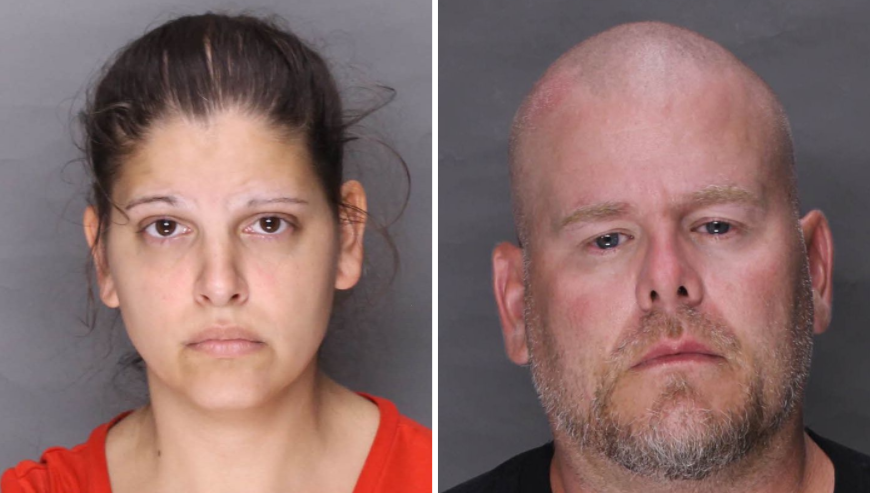 ANNVILLE, Pa. (AP) — A Pennsylvania man and his fiancee imprisoned the man’s 12-year-old son in a darkened room for years, starving him and beating him while treating their other children well, until he was finally found dead in his own filth, authorities said.

Scott Schollenberger Jr., 41, and Kimberly Maurer, 35, of Annville, are each charged with homicide and child endangerment, Pennlive.com reported. Both were held without bail, and it wasn’t known Monday whether either has an attorney to speak for them.

PRESS RELEASECOUPLE CHARGED IN THE TORTURE AND MURDER OF THEIR TWELVE YEAR OLD SON, MAXWELL SCHOLLENBERGERLEBANON,…

The charges stem from the death of Maxwell Schollenberger, whose body was found May 26. The boy was naked, and his feces-covered body was sprawled across a soiled bed in a room that was also caked with it.

The boy never received medical care, wasn’t enrolled in school and was rarely seen even by his siblings, who lived in the same house with the couple. There were no lights in the boy’s room, and the window shades were closed with duct tape. Metal hooks kept the room locked from the outside.

Schollenberger and Maurer have other children together “who appeared to be healthy, well-adjusted and cared for,” they wrote. Those children received regular medical care and attended school, authorities said.

Maurer had been a caregiver for the boy since he was 2, authorities said, adding that Schollenberger and Maurer denied the boy had any mental or physical disorders.

Maurer told investigators that she was the caregiver for the child because Schollenberger “expressed extreme frustration” toward the child and was afraid of hurting him, authorities said.