110 years later, a book has finally been returned to Boise library 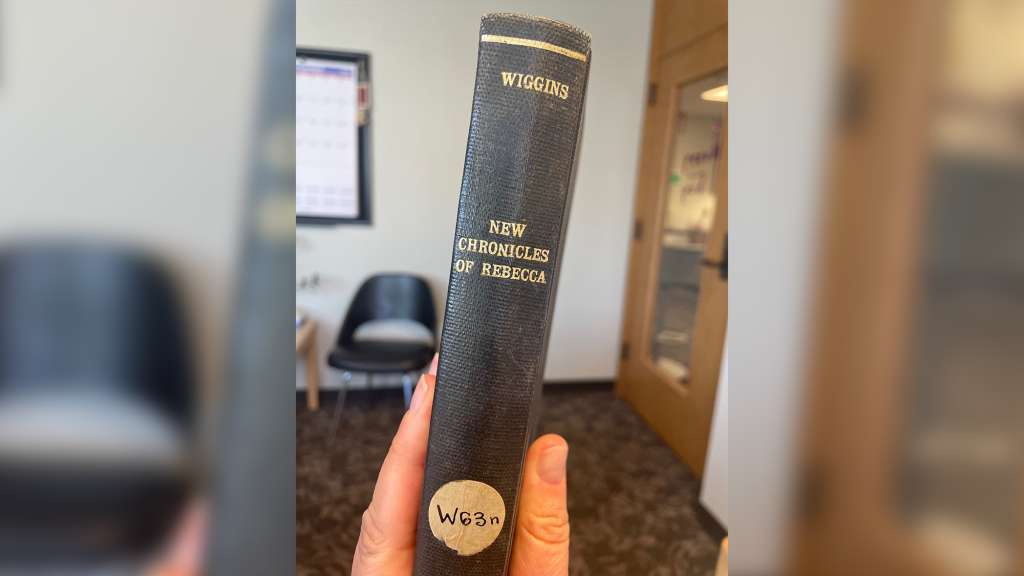 (CNN) — About 110 years ago, a book was checked out from a Boise, Idaho library, and it has finally been returned.

The “New Chronicles of Rebecca” was originally checked out in 1910 from Boise’s Carnegie Public Library, according to Boise Public Library’s Facebook post.

Just this month, the novel was checked back into a library in nearby Garden City, Boise Public Library’s Interim Communications Manager Lindsey Driebergen told CNN.

After library staff in the Boise suburb noticed a sticker on the book from the Boise Public Library, they sent it there, she said.

“It was originally supposed to be returned to the Boise Carnegie Library in 1911.” Driebergen said.

The book was in great condition and images on the library’s Facebook post show the original paper stamps in the front cover.

“All the pages are really well maintained, and the images are clear,” Driebergen added. “It must’ve been kept tucked in a safe spot to help it from getting tarnished.”

According to an Amazon listing, the children’s book was published in 1907 and is a sequel to “Rebecca of Sunnybrook Farm.”

A note on the inside cover of the book reads, “Books may be kept two weeks without renewal, unless otherwise labeled. A fine of two cents per day is imposed on overdue books.”

Lucky for the person who checked it out originally, the library stopped charging for overdue books in 2019. If they did still charge, however, the late fee would have been $803, the staff calculated, Driebergen said.

Paper records of the book are no longer available so the book worm who originally checked out the book, and who kept it that long, are unknown.

As the novel is out of circulation, it sits in library’s Idaho room alongside other historical books.

The library added it hasn’t heard from anyone about being, or knowing, the person who originally checked out the book.

“You’re not going to be in trouble, obviously, but if you know anything about this book let us know!” Driebergen said.