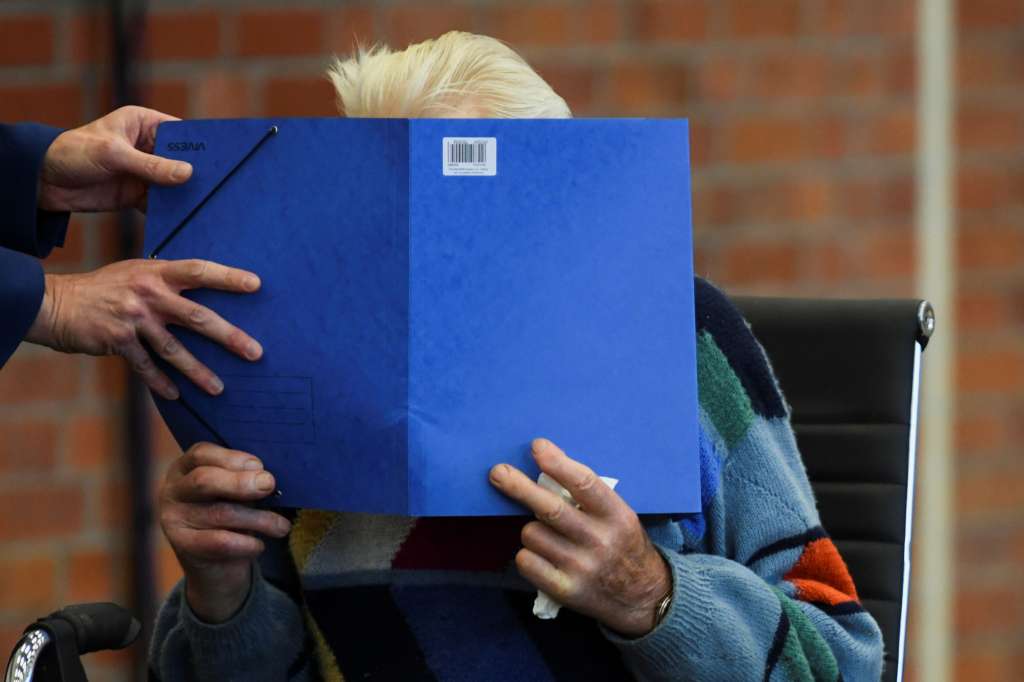 A 100-year-old former security guard of the Sachsenhausen concentration camp appears in the courtroom before his trial at the Landgericht Neuruppin court in Brandenburg, Germany, October 7, 2021. REUTERS/Annegret Hilse

(CNN) — The trial of a 100-year-old former SS guard starts Thursday in the German town of Brandenburg an der Havel.

He is accused of being an accessory to murder in 3,518 cases dating from his time as a guard at the Nazi concentration camp in Sachsenhausen, according to the Neuruppin public prosecutor’s office.

The accused allegedly worked at the former concentration camp in Sachsenhausen as a prison guard from 1942-1945, during which time tens of thousands of prisoners died at the camp due to forced labor, hunger, disease, medical experiments and mistreatment.

More than 200,000 people were interned at the concentration camp, which is located on the outskirts of Berlin, between 1936 and 1945.

“The defendant is accused of having aided and abetted cruel and insidious murder” at the concentration camp, according to the indictment.

His charges “include the shooting of Soviet prisoners of war in 1942, aiding and abetting the murder of prisoners through the use of poison gas, as well as other shootings and the killing of prisoners by creating and maintaining hostile conditions in the former Sachsenhausen concentration camp.”

Prosecutors have not named the centenarian in line with German privacy laws.

Despite his age, the man has been deemed able to stand trial. Court hearings will last between two and two and a half hours a day. The court has scheduled a total of 22 trial dates.

Prosecutors spent 18 months investigating the man, according to Thomas Will, the head of Germany’s central office for investigating Nazi crimes in Ludwigsburg.

“We collected evidence from various sources. The name of the man showed up during searches in Sachsenhausen and the Moscow Military Archives,” Will told CNN.

“We looked at the time period where this man was stationed at and deployed to and collected all the evidence needed to pass information along to the local prosecutor’s office,” he added.

Will told CNN that the accusations against the defendant mean that a term of imprisonment can be expected, but said he cannot comment on the outcome of the expected sentence.

Germany is racing to bring the last surviving perpetrators of Nazi war crimes — now well into old age — to justice.

Nearly eight decades after the collapse of the Nazi regime, Will said that the potential circle of cases to bring the last surviving perpetrators of Nazi war crimes to justice is shrinking.

“However, here at our central office for investigating Nazi crimes we are still assessing more cases, if they can be passed onto local prosecutors. All we can do now, is to help out with our investigations to bring those people to trial who have committed Nazi war crimes.”