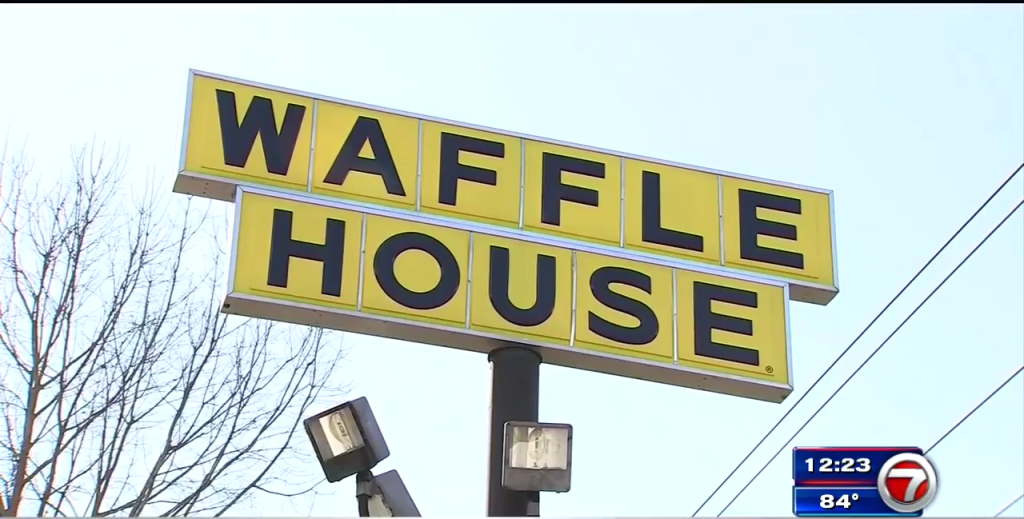 BISHOPVILLE, S.C. (AP) — One man was killed early Sunday in a shooting in the parking lot of a Waffle House near a South Carolina interstate that also injured four people inside the restaurant, Lee County Sheriff Daniel Simon said.

The employee and three customers inside the restaurant at the U.S. Highway 15 exit on Interstate 20 in Bishopville are expected to survive the shooting around 4 a.m., the sheriff told The Associated Press.

No arrests have been made, Simon said.

Early interviews with witnesses indicate gangs may have been involved and the shooting might be in retaliation for another shooting a few months ago at a nearby gas station, said Simon, who added investigators are trying to confirm that information.

“People were a little reluctant at first, but they started talking and we’re following leads,” the sheriff said.

The name of the man killed has not been released.