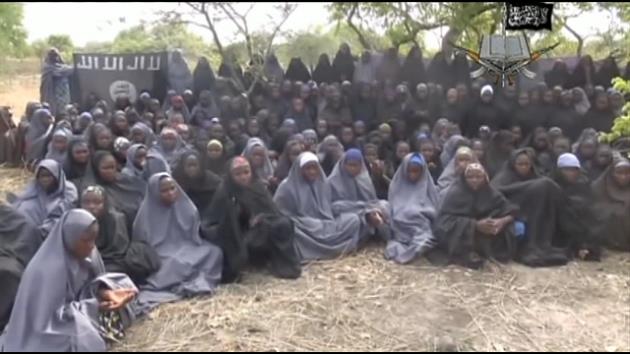 Boko Haram, the militant group that is holding some 276 female students it kidnapped last month from a boarding school in northeast Nigeria, said the girls will only be freed after the government releases jailed militants.

Nigeria’s initially suggested there would be no negotiations with Boko Haram but it appears that stance may be relaxed.

Mike Omeri, the director of the government’s information agency, called the National Orientation Agency, said the government will “use whatever kind of action” it takes to free the girls. He also warned that a military operation, with foreign help, was possible.

“At the moment, because all options are open we are interacting with experts, military and intelligence experts from other parts of the world,” he said late Monday. “So these are part of the options that are available to us and many more.”

Boko Haram, which wants to impose Islamic law on Nigeria, has killed more than 1,500 people this year in a campaign of bombings and massacres, despite a state of emergency that was declared in three northeastern Nigerian states, giving security forces special powers.

The rights group Amnesty International says Nigeria’s military had advance warning of a possible Boko Haram attack before the April 15 kidnappings in Chibok, in the northeastern Borno state, but did not react because of their fear of engaging the extremists. More than 300 schoolgirls were abducted, according to police, and they are believed to be held in the vast Sambisa Forest, some 20 miles (about 30 kilometers) from Chibok. Boko Haram’s leader has threatened to sell the girls into slavery.

The mass abductions and failure of Nigeria’s government and military to rescue the girls has aroused outrage at home and abroad.

The White House said Monday that the U.S. team assisting the Nigerian government is made up of nearly 30 people from the State and Defense departments, as well as the FBI, including 10 Defense Department planners who were already in Nigeria and were redirected to assist the government.