US eases rules for travel, doing business in Cuba 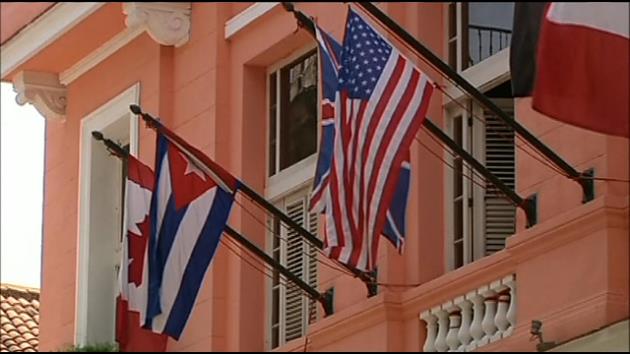 WASHINGTON (AP) – The Obama administration eased rules Friday for U.S. citizens wishing to travel to Cuba or do business with its growing ranks of independent entrepreneurs, hoping to kindle greater economic freedom on the island.

The Treasury and Commerce departments said the regulations that take effect Monday simplify procedures for tourism, telephone and Internet investments, and money transfers to Cuba.

The changes were first reported by The Associated Press on Thursday and come as both countries seek to transform their new diplomatic relationship into deeper commercial ties. By the end of the year, the former Cold War foes should resume direct postal service for the first time in five decades and clinch an agreement on regularly scheduled commercial flights, a U.S. official familiar with the process told the AP.

"A stronger, more open U.S.-Cuba relationship has the potential to create economic opportunities for both Americans and Cubans alike," Treasury Secretary Jack Lew said in a statement. Easing the embargo on Cuba, he said, will "support the Cuban people in their effort to achieve the political and economic freedom necessary to build a democratic, prosperous and stable Cuba."

When President Barack Obama laid out his vision of improved U.S.-Cuban relations nine months ago, he said his objectives were twofold: ease economic hardship in Cuba and aid the development of a private market outside of state control.

In January, he eased economic restrictions on Cuba in potentially the most dramatic manner since relations between the countries broke down after Fidel Castro’s revolution in 1959 and the subsequent Bay of Pigs invasion and Cuban missile crisis. Only Congress can end the embargo.

The action sought to cut red tape for U.S. travel to Cuba, permit American companies to export telephones, computers and Internet technology, and allow U.S. firms to send supplies to private Cuban enterprises. But efforts to expand business, tourism and other exchanges ran into an overlapping thicket of U.S. laws and hindrances, not to mention an uneven response from Cuba’s political leaders.

Authorized American citizens now will be able to travel by cruise ship or ferry to Cuba without seeking specific authorization from the U.S. government, though a U.S. official told the AP earlier this week that a direct maritime route probably won’t be established until next year. The official wasn’t authorized to speak publicly on the process and demanded anonymity.

All U.S. citizens who fall under permitted rules for travel also are permitted to open and maintain bank accounts in Cuba.

The U.S. official who spoke to the AP described significant progress in U.S.-Cuban discussions since the pair reopened embassies in each other’s capitals in July. At a meeting in Havana last week, delegations from each side established a plan to settle a half-century of economic and legal disputes within the next 15 months.

While difficult questions related to human rights and compensation claims won’t be resolved immediately, the official said first steps toward a broader normalization of ties would come quickly.

Washington and Havana are slated to begin a "pilot program" allowing Cubans and Americans to send mail directly to one another, the official said. Direct mail service was halted in 1963, though letters and packages travel back and forth through countries like Canada and Mexico. The postal program will use the Miami and Havana airports, the official said.

Also, the U.S. and Cuba should finalize an agreement on resuming direct, commercial airline routes, though the first flights wouldn’t start until next year.