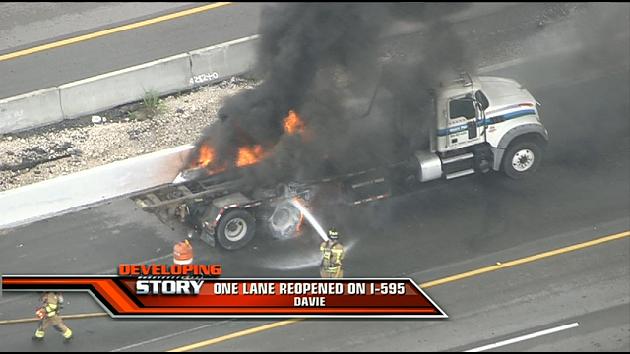 DAVIE, Fla. (WSVN) — The back end of a truck was engulfed in flames along a median on Interstate 595 near Hiatus Road in Davie, Friday afternoon.

The scorching scene forced all of the westbound lanes to shut down for a time and brought traffic to a complete stop.

Firefighters responded quickly and sprayed down the truck.

The blaze has now been extinguished and traffic has slowly moved along again, as one lane was opened to traffic, at around 4:30 p.m.

The driver of the truck was checked out by medics on the scene. He was not hurt.