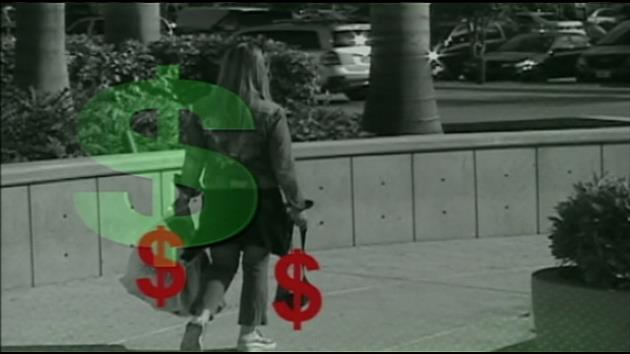 We are in the home stretch of the holiday shopping season, but don’t let the last minute rush come at the expense of common sense. Investigative reporter Carmel Cafiero is On the Case.

Tom Carney, North Miami Beach Police: “Depending on the scam, they know exactly who to approach, what type of person, how to approach them, and they actually train like that.”

First up, steer clear of items off a truck. For decades, people have been hit by scammers in parking lots offering audio systems out of vans and trucks. Steve Laramie got stung recently when he bought this system.

Carmel Cafiero: “You thought you were getting a good deal here, right?”

Steve Laramie: “Of course, of course.”

The system Steve bought indicates a suggested retail price of $2,495. The salesman convinced Steve he got a “deal” at $120.

Steve Laramie: He just seemed real clean-cut, everything seemed to be legit. Obviously, in the back of your head, bells are going off, but you know, you get that instant, ‘Oh, I better make a decision quick,’ and obviously it probably was the wrong one.”

Joel Sierra installs audio systems for a living. He says Laramie’s speakers are not high quality.

Joel Sierra: “I’m not happy. It doesn’t sound clear, it’s kind of distorted. I think it’s something for a kid’s bedroom, it could work, but not for a real home theater, never, never, never.”

Then there are products that appear authentic, but are really counterfeit. This mom bought her son what she thought were real Beats headphones.

Chena Henry: “It was heartbreaking, because as a parent you never want to let down your kids.”

Tom Carney: “I’ve had that in my own family, when my wife wanted to buy a fake Coach purse, and when she found out what I told her what happens with the proceeds from that, she said, ‘Never again.'”

Fake charities pop up during the holidays. Make sure you’re giving to an established organization. If you’re called on the phone, ask the organization to send you something in writing.

Need a getaway? Watch out for fake vacation rentals.

This bachelorette party crashed after they paid thousands to rent a Miami mansion and then discovered they paid someone who was not the owner.

Knowing who you’re dealing with is especially important online. Buy from trusted retailers; otherwise you might not get the gifts, but the crook gets your credit card information.

Tom Carney: “Any e-mail you get saying it’s from the FBI or the IRS or whatever, just ignore it.”

It pays to not buy on impulse, and don’t let anyone pressure you into buying anything.

Carmel Cafiero: “These are just some of the scams run by low-lifes. And although they operate year-round, the holidays seem to bring out both the best and the worst in people. And finally, no, you did not win that lottery that you did not enter. Carmel Cafiero, 7 News.”