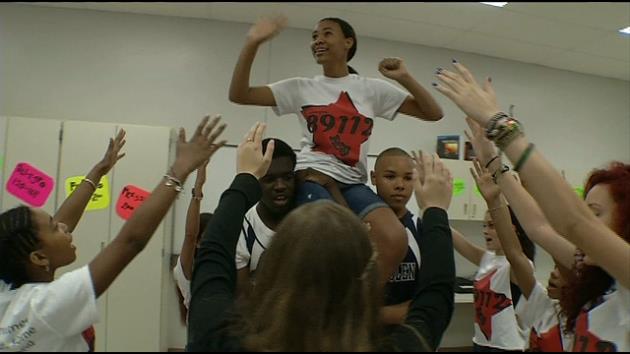 Some South Florida students are very passionate about performing. They say acting, singing and dancing helped them come out of their shell and learn more about themselves. 7’s Lynn Martinez shows us in today’s Parent to Parent.

Stigger coaches the very talented group of teens. Like 13-year-old Yasmine, who before joining this group, would have never performed in public.

Yasmine Harrell: “I could do all that stuff at home but I could never do it out in the open.”

Matt, an 8th grader, says acting allows him to tap into his true self.

Matthew Cedeno: “Being able to bring out my personality in ways that I can’t do in other clubs.”

Stigger said that’s why a class like this is really critical when starting middle school, because the transition can be tough.

She said being exposed to the performing arts helps each child create their own identity.

These amazing students just won the state competition and qualified for Nationals. They couldn’t be more excited to compete, but say their true passion will always be performing.

Alexis Chin: “You do it, because you love it and you want to entertain and grab people’s attention.”

The students are holding school fundraisers to raise money to go to Nationals in Nebraska in June.