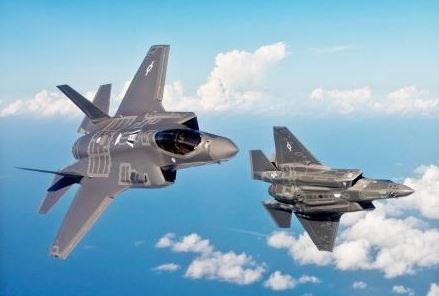 FORT LAUDERDALE, Fla. (WSVN) — The Fort Lauderdale Air Show is flying back to South Florida this weekend for the first time in five years, but that’s not all — this year’s air show is set to be groundbreaking.

This will be the first time in almost a decade that all three teams perform together in North America.

The air show will also be the first in history to feature a F-35 Lightning II flight performance. The F-35 will fly together with the P-51 Mustang, according to a news release.

The event is making its return to Fort Lauderdale following the reconstruction of A1A after Hurricane Sandy in 2012. Before that, the show hadn’t flown since 2007, when it was known as the McDonald’s Air and Sea Show.

Due to the event, multiple street closures will take place, as well as marine restrictions. Boaters will be advised of a no anchoring and safety zone off the Fort Lauderdale Beach area. The zone will be monitored and enforced by the Fort Lauderdale Police and Broward Sheriff’s Office marine unit during the show.

The main show area will take place at East Sunrise Boulevard North to the 1100 block of North State Road A1A, Saturday, May 7 through Sunday, May 8, along Fort Lauderdale Beach. The event area is scheduled to open daily at 9 a.m, with the shows scheduled to run from 11 a.m. to 3 p.m.