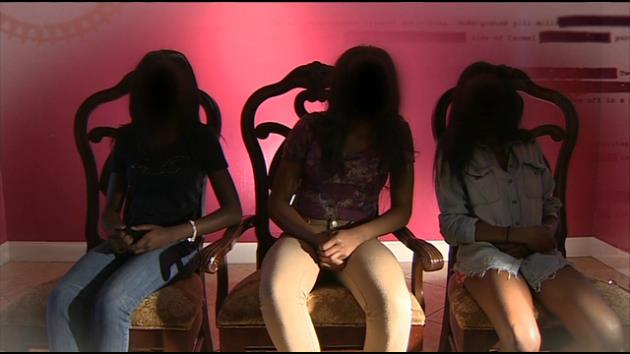 Tattoos may be all the rage, but you have to be 18 to get one. That didn’t stop three teenage girls, and you won’t believe where they went to get them. Now Coral Springs police are investigating. 7’s Carmel Cafiero is On the Case.

(WSVN) — From Angelina Jolie to the Heat’s “Birdman,” it’s clear tattoos are popular.

But the inked displays of self-expression can be trouble if done on underage teens. Teens like these three girls.

Carmel Cafiero: “They were punished, I bet.”

This is the mom of two of the girls. We’re not showing her face to protect the identities of the teens. The girls were 14 and 15 years old when they got these tattoos without their parents’ permission or knowledge. They paid $35 each.

Girl: “I just went because my friends were going.”

Carmel Cafiero: “The man who did the tattoo, did he ask you how old you were?”

Carmel Cafiero: “Did you tell him you were older than you are?”

It is against the law in Florida to tattoo children 15 and under. Sixteen and 17-year-olds require parental consent. It is also illegal to operate a tattoo establishment or act as an artist without a license.

Mother: “Honestly, I was just ballistic. I was just upset, mad and I just didn’t know what to do.”

The girls told their parents they got inked here, at a Coral Springs duplex, by a man named Chino.

Carmel Cafiero: “He never did?”

I left my card and later got a telephone call from Chino. He says his real name is Jimmy Rodriguez, and he admitted doing the tattoos.

Jimmy Rodriguez: “I was trying to learn how to tattoo. This is something that I do as a hobby, nothing else.”

Rodriguez says the girls lied to him and begged for the tattoos.

Jimmy Rodriguez: “Something small, just to learn, that’s all what it was, nothing else, I swear on my mother.”

Jimmy Rodriguez: “But they giving me a ‘yes,’ you understand me, it’s like, if you come to me and tell me yes, it’s your fault, too.”

The Coral Springs Police Department opened a case after the mother filed a complaint.

Carmel Cafiero: “Although tattooing a minor is only a misdemeanor, the police department is taking this seriously.”

Officers searched the duplex and believe Chino did live here.

Coral Springs Lt. Joe McHugh: “We did observe several pieces of evidence that there was tattooing going on inside the residence.”

In addition to the legal issues, there is concern for the girls’ health. Infections and the possible spread of disease is always a risk if sterile equipment is not used. With no license, there are no inspections by the health department.

Anthony Vomero: “So we don’t know that’s going on if it’s unlicensed.”

Carmel Cafiero: “You wouldn’t want your child there?”

Lt. Joe McHugh: “I wouldn’t want myself there, not even my child there.”

Dirty tattoo needles can pass on everything from hepatitis to HIV. The girls have been tested and are awaiting the results.

Mother: “All I have to do is just hope and pray that there’s nothing wrong with them.”

Rodriguez could face 60 days in jail if charged and convicted, but he says he’s moving out of town. Removing his practice tattoos, however, may not be so easy. Carmel Cafiero, 7News.

Coral Springs Police ask that any other customers of Jimmy Rodriguez, known as Chino, please contact the department.