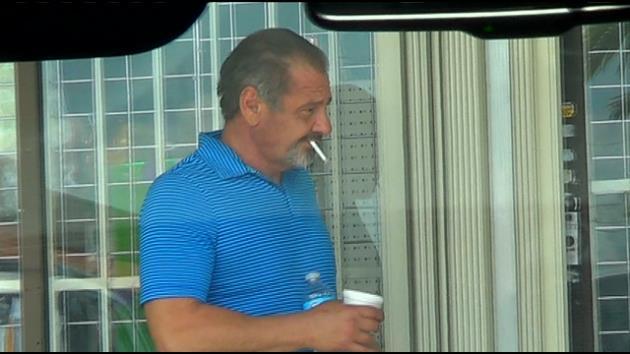 WSVN — The Florida Board of Medicine has given a license back to a local doctor with multiple DUI’s and a grand theft conviction involving hundreds of thousands of taxpayer dollars. Investigative reporter Carmel Cafiero is on the case.

The man in the white shirt in this Coral Gables police video is Dr. Jorge Llovet. Five years ago, the local physician had just been arrested for drunk driving. The officers seen trying to restrain Llovet described the doctor as “belligerent” and “combative.”

The 55-year-old has been convicted of DUI three times but his rap sheet doesn’t end there. Llovet has also pleaded guilty to stealing from Florida’s Medicaid program. In 2008, he was ordered by a judge to pay back more than $396,000 but the state tells us he has paid less than half.

Carmel Cafiero: “He has not fully paid back the state. In fact, he’s still on felony probation in connection with that case. But now the doctor wants something back from the state, his license to practice medicine.”

Llovet and his attorney appeared before the Florida Board of Medicine asking for his medical license to be reinstated. His license has been suspended since 2013 for failing to comply with a program for impaired physicians, a requirement stemming from the Medicaid case.

Attorney Allen Grossman: “Dr. Llovet had a drinking problem and he got himself repeatedly in trouble and had some compliance issues.”

Without addressing his criminal record, those who spoke on Dr. Llovet’s behalf said he’s back on track.

Dr. Penny Ziegler: “He’s in the program and has been very compliant with his treatment plan.

But according to state records, Llovet has had issues staying compliant with the Department of Health going back nearly two decades. He has been suspended from practicing medicine three times and has racked up $18,000 in fines.

Despite his history, the board voted.

And all agreed, Dr. Llovet would regain his practicing privileges. The only restriction imposed on Llovet is that he has to remain in a group practice for one year. After the meeting, Dr. Llovet wouldn’t talk on camera but his attorney said his client was “very excited” and happy to be working with other doctors.

Attorney Allen Grossman: “They are very supportive of him and he’s shown he’s turned the corner, and he’s gotten himself to a place where he’s safe to return to the practice of medicine and he’s looking forward to doing that.”

But when we asked about Dr. Llovet’s criminal history, the interview abruptly ended.

Danny Cohen: “He pled guilty to grand theft of Medicaid.”

Attorney Allen Grossman: “OK, this is what I was talking about.”

The Chair of the Board of Medicine could not speak to us specifically about Llovet’s case but says doctors’ past problems are weighed on a case-by-case basis.

Dr. Jimmy Orr: “Everyone deserves an opportunity and you’re right, people do things that are wrong. But we don’t take people who have served time in jail, necessarily, and for the rest of their life, make them a criminal.”

Dr. Llovet is eligible to begin practicing medicine again this week, more than nine years before his criminal probation ends in 2024.

IF YOU HAVE A STORY FOR CARMEL TO INVESTIGATE:
Miami-Dade: 305-627-CLUE
Broward: 954-921-CLUE
E-mail: clue@wsvn.com
You can also send a tweet to @carmelonthecase.