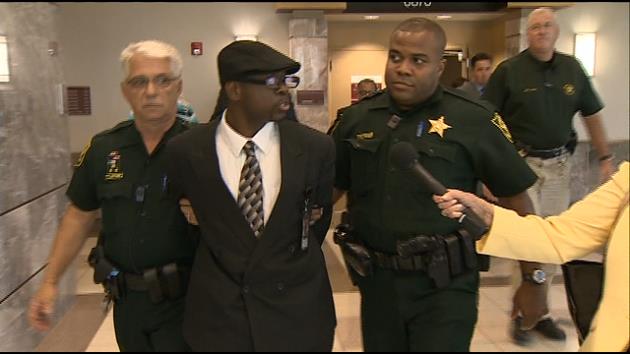 WSVN — Just one station with disorder in the court. A South Florida man who said he's above the law, returns to face a judge. Investigative reporter Carmel Cafiero has the exclusive.

Anthony Williams was facing traffic charges when he entered the courtroom of Judge Edward Merrigan. He would leave with a much bigger problem. He refused the judge's order to remove his hat.

Anthony Williams: "I am a Hebrew-Israelite, and that's my religious right to cover my head."

When told he would be arrested if he did not comply, Williams refused to take the hat off and accused the judge of breaking the law.

Anthony Williams: "So you gonna violate by Constitutional rights, sir?"

Deputy: "Will you step outside, please."

Last January, Williams was charged with resisting or obstructing without violence and driving without a license during a traffic stop. He claims he doesn't need a license based on beliefs widely attributed to the Sovereign Citizen movement. Generally, followers don't think conventional laws apply to them.

Back in May, he challenged another judge, Melinda Brown, as his case moved through the legal system.

Anthony Williams: "Do you have your oath properly filed in this county?"

Judge Melinda Brown: "That's for me to know, and you to find out. Anything else?"

Anthony Williams: "I need you to answer that question."

Anthony Williams: "OK. Deputy, I need you to arrest this judge for violation."

With his case now moved to another court, Williams ended up being arrested.

Carmel Cafiero: "What do you have to say about being taken into custody here?"

As 7News first reported, Williams is not only a self-proclaimed private attorney general but also a Sovereign Peace Officer. He'll have time to consider his next move. He is being held without bond and will have to come back before Judge Merrigan to get released.