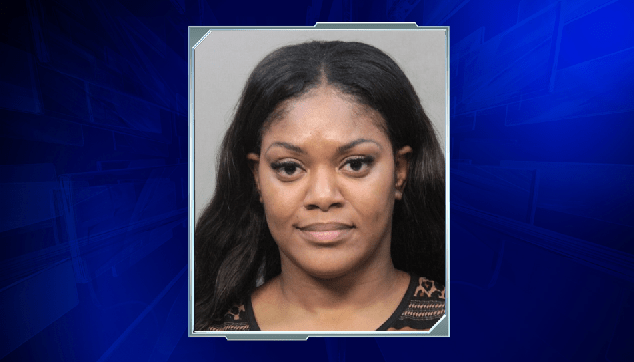 MIAMI (WSVN) — Miami Police have arrested a woman accused of drugging a man and stealing his Rolex in Brickell.

According to detectives, Subhanna Beyah, 27, was with a friend on April 9 when she left Club Nocturnal to grab drinks at a man’s apartment, located at 145 S.W. 13th St., in Brickell,

Before arriving to the apartment, police said one of the men stopped at a grocery store to purchase condoms and later at a gas station to purchase beer since the women assured them they were going to engage in sexual intercourse.

According to detectives, one of the victims began to feel uneasy and decided to leave. The other man was persuaded by both women to drink beer in exchange for sex.

Later, the man felt ill and lost consciousness. When he woke up, his Rolex was missing. "When this victim awoke, what he found was that these two women were long gone, but also, his pricey Rolex watch," said Kenia Fallat of the Miami Police Department.

Beyah is being charged with one count of strong arm robbery and one count of food or water/poison. "We do know that Beyah is no stranger to police, and she has been arrested for similar charges on incidents of this nature," Fallat said.

If you have information on the accomplice’s whereabouts, call Miami-Dade Crime Stoppers at 305-471-TIPS. Remember, you can always remain anonymous, and you may be eligible for a $1,000 reward.