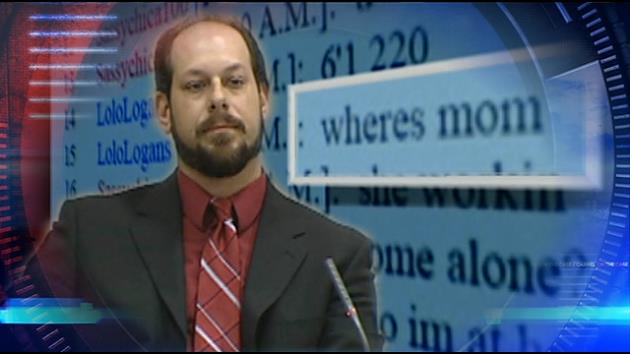 It’s been nearly eight years since a South Florida father was caught in a sting aimed at sexual predators. Investigative reporter Carmel Cafiero was on the case when it started and she’s here now with how it finally ended.

It was January of 2007 and a 7News exclusive. Brian Persten was dressed for work at his pizza restaurant when he was caught in an undercover operation by the Broward Sheriff’s Office.

Carmel Cafiero: “What impact do you think this is going to have on your family and restaurant?”

He was accused of using the internet to set up sex with a 13-year-old girl.

Court Clerk: “Do you swear to tell the truth…”

Persten said he was not guilty and eventually went to trial. A BSO detective who had posed as the child testified Persten used the screen name ‘lolologan’ and knew he was dealing with a 13-year-old and sent a picture of his erect penis.

Det. Maria Polo-Renner: “Lolologan mentions ‘like it? Want to see it today?'”

But Persten insisted he believed he was role-playing with an adult.

Brian Persten: “I played right back, like I was being played with.”

Joseph Zager: “So you played along?”

Joseph Zager: “Like you were talking to a child.”

Brian Persten: “Not like I was talking to a child – it was just. Well, in this case, then yes.”

His wife testified through an interpreter that she was OK with him sending the X-rated picture.

Martha Persten: “I told him if that’s the only one you have, she is playing with you and you are also playing with her, so send it and see what happens.”

What happened was the jury found him guilty. But the judge ordered a new trial based on a technicality.

Now after years of delay and negotiations, Persten was back in court. But instead of a new trial, Persten was there to cut a deal. He pleaded no contest to using a computer to exploit a child and transmitting harmful material to a minor. In return: no jail.

Persten was sentenced to two years of community control, which is similar to house arrest but he can leave the house for work, followed by at least five years of probation.

Judge Bernard Bober: “You will be adjudicated guilty. You understand that as well?”

David Bogenschutz: “Well, I think the final analysis was that the first time through was a trial, was a conviction and cases like this don’t get better.”

The 41-year old father of four had his fingerprints taken and dashed down stairs outside the courtroom to avoid questions. But he can’t avoid the fact he is now a convicted sex offender.