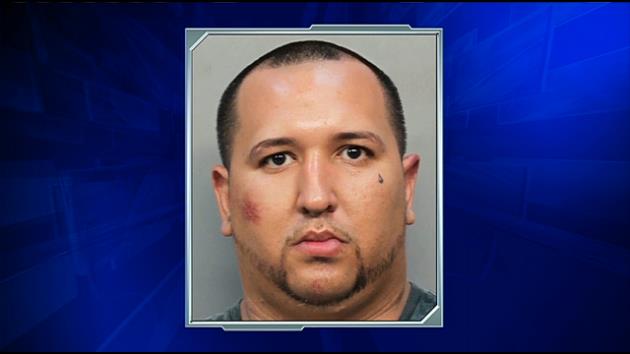 MIAMI (WSVN) — A South Florida man accused of leading police on a chase and crashing into a pair of police cruisers, has been arrested.

Twenty-eight-year-old Angel Bruzon faces several charges including grand theft and leaving the scene of an accident.

Bruzon is accused of leading police on a high-speed chase in a stolen vehicle in Miami, Sunday afternoon.

During the pursuit, he slammed into two police cruisers before losing control and crashing near an exit on the 836, where he was detained.

He appeared in bond court Monday where he received $15,000 bond and house arrest.