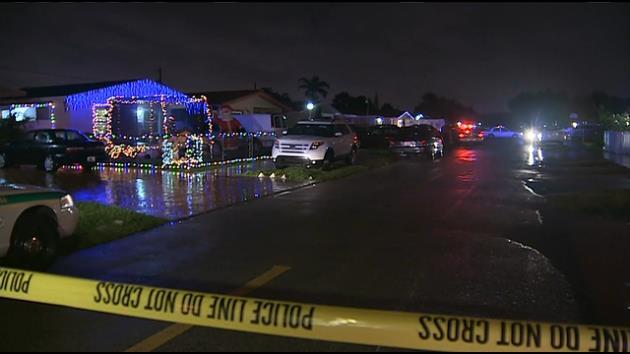 SOUTHWEST MIAMI-DADE, Fla. (WSVN) — Police are investigating after a Southwest Miami-Dade man accidentally shot and killed himself while cleaning a gun while on a video call.

Just before 7:30 p.m., Tuesday, Miami-Dade Fire Rescue were dispatched to a residence along Southwest 27th Street and 106th Avenue after receiving multiple calls of a man shot.

According to police, the victim, identified as 43-year-old Josmel Herrera, was on a video call with a family member when he accidentally shot himself in the chest. Herrera was demonstrating the proper way to clean a gun at the time of the accident.

"When I came out, you know my door is see-through, I saw these cops and I was like, ‘What?’" said a woman who lives in the area.

People who live nearby said they heard the gunshot and initially thought it was a car accident. "I was in shock, because in this neighborhood, I’ve lived here 30 something years, and nothing like this has ever happened," said a neighbor.

Fire rescue performed emergency care and transported Herrera to Kendall Regional Trauma Center where he later succumbed to his injuries. His family is now left to deal with his tragic death, just days before Christmas.