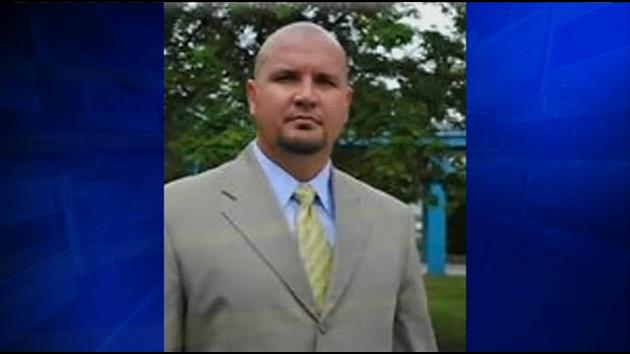 SOUTHWEST MIAMI-DADE, Fla. (WSVN) — A high school principal is in critical but stable condition after he was struck by a driver who lost control of her vehicle in Southwest Miami-Dade.

Students and faculty at South Dade Senior High School have rallied behind Principal Javier Perez on campus and online. The community is gathering again Thursday evening to honor their fallen leader.

According to officials, Perez was struck at Tamiami Park, in the area of Southwest 24th Street and 112th Avenue, at approximately 6:27 p.m., Tuesday.

The beloved principal is currently fighting for his life after undergoing surgery at Kendall Regional Medical Center.

Wednesday evening, a tribute was held for Perez during a South Dade Senior High School baseball game. "To all who know him, know he will be back stronger than ever," said the game announcer. "Let’s have a moment of silence."

On Thursday, the school organized a candlelight vigil on campus while he recovers. The vigil is set to begin at 7:45 p.m. Thursday. Organizers asked participants to either wear a bow tie or school colors.

Perez, 43, was at the baseball field to see his son’s tee-ball game at the time of the accident. The sudden crash happened in front of hundreds of people, including children as young as 3, 4 and 5 years old. The impact was so strong, that the SUV tore through a chain link fence on the baseball field.

Two other people were also injured. Perez was the only one transported as a trauma alert to Kendall Regional Trauma Center in critical condition.

As he remains in the hospital, the hashtag "PrayforPerez" has since been trending on Twitter.

The driver behind the silver GMC Envoy was 51-year-old Marilyn Aguilera, who, for unknown reasons, lost control of her vehicle when crossing the entrance to the batting cages. "We do not know why she lost control," said Miami-Dade Police Detective Robin Pinkard.

No citation has been issued at this time due to a pending investigation.

Miami-Dade Schools Superintendent Alberto Carvalho offered his prayers and an update on the 43-year-old’s condition. "He is in critical but stable condition," he said. "The prognosis appears to be rather positive."

.@MDCPS praying for one of its own after tragedy strikes the @SDSHS Buccaneers family. Please join us as we #PrayForPerez. #senseless

Javier is out of surgery & stable. Please continue to pray as he will have challenges ahead. @principaljp

Javier is strong & with the continued outpouring of love and support he will beat the odds. @principaljp

The school also sent out a recording that was distributed a among the parents that stated, "We ask that you please join the entire Buccaneer family in keeping him and his family in your thoughts and prayers."

Alain Martinez, a father who witnessed the accident, described the moment the SUV plowed into the fence and onto Perez. "By the time we looked, the car was already on its two left tires. And the next we know is, ‘Boom!’ a big hit and a big cloud of dust."

Martinez said the crash was devastating to witness. "What I saw was something I don’t wish on my worst enemy," he said. "You know, both of his legs shattered, his wife was already over him."

He believes Perez saved one of the other two men who were also injured. "From what I understand, he saved another man’s life by pushing him out of the way," said Martinez.

According to police, Aguilera has an extensive track record of citations, according to police records. She has been cited for multiple driving infractions in recent years, including driving with both a suspended license and an expired license. In 2007, she was charged with battery on the elderly, a charge that was later dropped.

Wednesday morning, students walked to class with heavy hearts and with Mr. Perez on their minds. Grief counselors were available throughout the morning for students.

"I’m in shock. I can’t believe it," said a student. "I guess my mistake was that I took him for granted. We always thought he was going to be there. I don’t know how to feel right now. I’m just speechless."

Many other students and staff are also praying for Perez’s speedy recovery. "I hope he’s all right, and I hope that his family is all right as well," said student Leann Pollock.

"I feel bad ’cause that’s our principal," said student Michael Hodge. "That’s the head of our school, and nobody wants to hear that happening to their leader."

The school posted pictures on Twitter holding signs with the hashtag "PrayforPerez" in support of his recovery. Those most impacted by the crash said their focus is on Perez and his young family, including his son who was playing in the game. "I heard, unfortunately, that he actually witnessed what happened," Martinez said.

If you would like to help Javier Perez and his family during this difficult time, donate here: www.gofundme.com/javiperez.