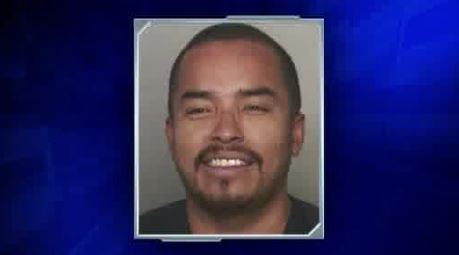 AVENTURA, Fla. (WSVN) — Federal agents arrested a man who, sources said, was planning to throw an explosive device into a South Florida synagogue.

According to law enforcement sources, the FBI set up a sting to thwart what they described as a terror attack at the Aventura Turnberry Jewish Center, Friday evening.

Sources said agents posing as terrorists were able to stop James Medina, the man, who, they said, may have converted to Islam.

Sources told 7News they are concerned about this case because Medina wanted to take some type of explosive device and chuck it over the wall. Friday was the next-to-last day of Passover, and the center was crowded with people observing the holiday.

Concerned residents said they were disturbed by the arrest. "I think about, before we had a baby, that we used to go there for services, and God forbid, it could have been us," said Stephanie Levine. "Thank God they stopped him, but had they not, it would have been such a horrible thing to happen to this neighborhood."

The Aventura Turnberry Jewish Center released a statement in the wake of the terror threats: "The leadership of our congregation has been briefed by law enforcement and Jewish community security officials about this situation. They assured us that the synagogue and school were never at risk at any time during the investigation and arrest, and that there are no credible threats directed against us at the present time."

Sources said the center was never in danger because Medina was taken into custody before any harm was done.

"Of course it surprised me," said area resident Richard Levinson. "Everybody says, ‘I live in a small town. It doesn’t happen here,’ but the sad part is, it happens everywhere."

Resident Kim Tepper said she is horrified by the turn of events but ultimately not that surprised. "It’s a very scary world, and you know what? I don’t think that anybody is safe anywhere," she said. ‘We’d always thought, living in this area, that we could be targeted, so now you’re kind of confirming that for me. Not happy."

Florida Representative Debbie Wassedrman Schultz stated how grateful she is that the individual was caught by the FBI. "I am deeply grateful that the FBI arrested this individual before he was allegedly able to do harm to the Aventura Turnberry Jewish Center and its congregates," said Schultz. "I will be in contact with federal and local authorities immediately and working with them to ensure our community’s places of worship — no matter what faith — are safe for all those who worship in them."

FBI officials declined to comment on the investigation, but 7News has learned Medina will appear in federal court early this week.