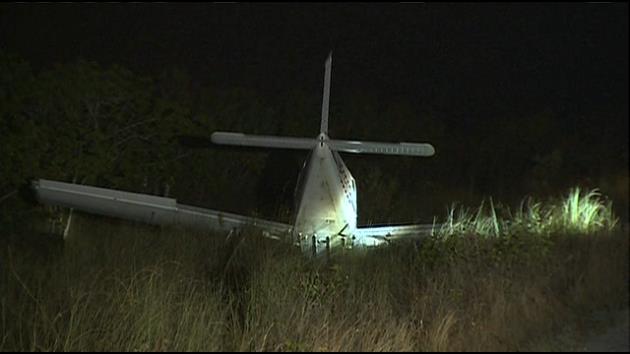 SOUTHWEST MIAMI-DADE, Fla. (WSVN) — A small plane with two people on board made a rough landing in the Everglades after it reportedly had engine problems, Thursday night.

According to the Federal Aviation Administration, the pilot of the Piper PA-28 aircraft reported engine trouble before the plane went down in the Everglades, just before 8 p.m.

Miami-Dade Police and Miami-Dade Fire Rescue units were dispatched to the scene, near Southwest 237th Avenue and 200th Street, about eight miles south of the Tamiami Trail.

Neither of those on board was injured. They were both taken to Miami Executive Airport to be questioned by investigators.

The FAA is investigating this crash, and the National Transportation Safety Board will determine what caused the plane to go down.

Friday morning, crews returned to the scene of the crash to figure out how to remove the plane from this remote area of the Everglades.