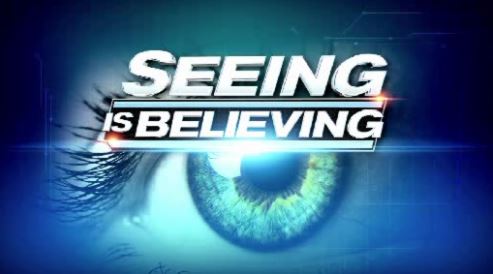 WSVN — Imagine having perfect vision, and then one day everything goes dark. It happened to one young woman who traveled the world seeking a cure for blindness… until she met a doctor right here in South Florida. 7’s Lynn Martinez shows us why "Seeing is Believing."

At age 25, Vanna Belton was looking forward to the future, but in June of 2009, her life changed forever.

Vanna Belton: "I was driving and I was squinting to drive, and I actually ran a red light and I was like, ‘What?’"

Her normally perfect vision was getting blurry. She thought she had an eye infection.

Vanna Belton: "’Get some antibiotics and that will clear it up.’ That’s not what happened."

Instead she was sent from doctor to doctor, and even ended up in the hospital. She was told her optic nerve was inflamed, but no one knew why.

Vanna Belton: "They ran every test known to man."

Doctors sent her home and told her she might get her vision back… but the days only got dimmer.

Vanna Belton: "By mid-July, I was legally blind in both eyes. I had to stop working, I really couldn’t function."

Vanna Belton: "I couldn’t use a computer, I couldn’t use my phone. I had to put bump dots on my shampoo and conditioner so I knew which one was which."

Vanna was so desperate to see again, she was willing to try anything.

Vanna Belton: "I looked into Eastern medicine, I did acupuncture, Chinese herbs."

She even flew to India for an experimental treatment.

Vanna Belton: "It was very scary."

Nothing worked. Her doctors kept telling her to be patient… that one day they would find an answer.

Dr. Jeffrey Weiss, Ophthalmologist: "The people who are losing their vision, or who are blind are in a war and they don’t have time to wait."

Dr. Jeffrey Weiss is bringing light to those living in darkness.

Dr. Jeffrey Weiss: "It always bothered me when I would hear the words ‘this is untreatable.’"

A few years ago, the South Florida ophthalmologist became the first in the country to use a stem cell procedure to help blind people see again.

Dr. Jeffrey Weiss: "More than 60 percent of the people I operate on have gained some vision."

Vanna flew down from Maryland for the experimental treatment.

Vanna Belton: "He said to me, ‘This might help you. I can’t promise you anything but what do you have to lose?’"

Bone marrow is extracted from the patient’s hip, and put into a machine that separates out the stem cells.

Dr. Jeffrey Weiss: "These are your stem cells in your body."

Dr. Weiss injects the stem cells directly into the patient’s eye. Vanna had her first procedure in March 2014.

Vanna Belton: "It was three days and three months after my surgery that I realized I could see."

She will never forget the exact moment when the light came back on.

Vanna Belton: "I realized I could read a number on my license plate."

Her fiancée Julia took video of Vanna reading a building sign for the first time in five years!

Vanna is back in South Florida for her second stem cell procedure. Dr. Weiss can’t believe her progress.

Dr. Jeffrey Weiss: "Today without glasses you were 20-40. This is the most remarkable, most rewarding thing I’ve ever done."

Vanna says Dr. Weiss not only gave her her life back, but also her love.

Vanna Belton: "It was the week before we got married that I was able to look her eye to eye and see her face clearly and that was an ‘ah-ha’ moment."

Showing the world that seeing truly is believing.

Anyone interested in learning if they are eligible to participate in SCOTS Trial:
https://clinicaltrials.gov/ct2/show/NCT01920867