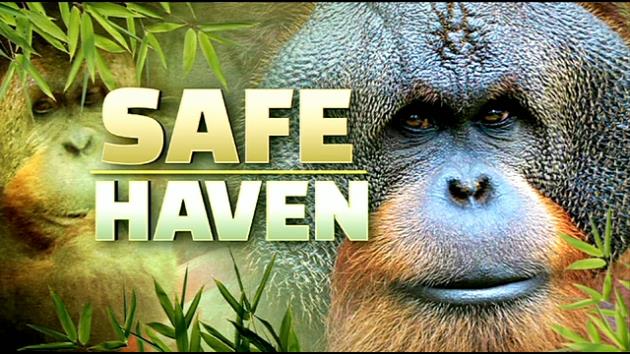 WSVN — They’ve lived difficult lives: apes forced to perform at shows, or kept as exotic pets, then abandoned. But one Florida sanctuary is giving them a second chance. This safe haven was designed to give these animals a quality of life they’d previously been denied. The Nightteam’s Nicole Linsalata has this special assignment report.

Deep within these woods, there are 45 stories.

Patti Ragan, founder, Center for Great Apes: “You’ll meet some here that have come out of basements, out of garages and people’s backyards. They’re incredibly intelligent. They are just so worth caring for and worth helping.”

Forty-five mostly mature chimpanzees and orangutans are currently living out the rest of their lives at the Center for Great Apes Sanctuary in Wauchula, Florida, approximately 90 miles southwest of Orlando.

Patti Ragan purchased the remote land 17 years ago after running her own business in Miami. In her spare time, she volunteered at Zoo Miami and helped rehab orangutans on the Southeast Asian island of Borneo, and the girl from South Florida found her calling.

Patti Ragan: “I started becoming educated about what the situation is for great apes, orangutans and chimpanzees, specifically in captivity.”

She learned that both chimpanzees and orangutans are endangered, and that a life spent performing or kept as an exotic pet often starts and ends in misery.

Patti Ragan: “Great apes live with their mothers. They have the longest mother-infant dependency period of, really, any mammal.”

Which means babies so prized for their entertaining are snatched from their mothers before they’re ready. But, of course, babies grow up.

Which means there is nowhere to go. The lucky few, however, end up in a place like the Center for Great Apes.

Noelle is a 19-year-old chimp. Her mother had been a pet and did not know how to raise her, but this is one smart girl. She knows some sign language, and she loves the camera.

Chuckie is an almost 30-year-old orangutan. Castrated as a circus performer, he is mentally, and in many ways physically, still a teenager.

He spends a lot of time in the mile-and-a-half area walkway that winds through the sanctuary, connecting the eight multi-story enclosures.

Thirty-four-year-old orangutan Mari was born in a research lab.

Patti Ragan: “She had an 8-year-old mother. A big male came in when she was 12 weeks old, and she shook the baby at the male ’cause she was frightened.”

Baby Mari’s arms had to be amputated, but she seems to have no trouble getting around.

Also living in the sanctuary, Bubbles, Michael Jackson’s famous pet. He does not like cameras, and at the center’s request, he is never photographed.

The center is 100 percent funded by donations, and it costs $20,000 annually to take care of each ape.

The majority of those who work in the center never get the opportunity to even touch the apes, not only for safety precautions, but because the apes are prone to catching human diseases such as the common cold and the flu.

With tempers, attachments and senses of humor, 45 lives are now promised a final happy chapter to their story.

For more information or to donate to the sanctuary, visit: www.centerforgreatapes.org .