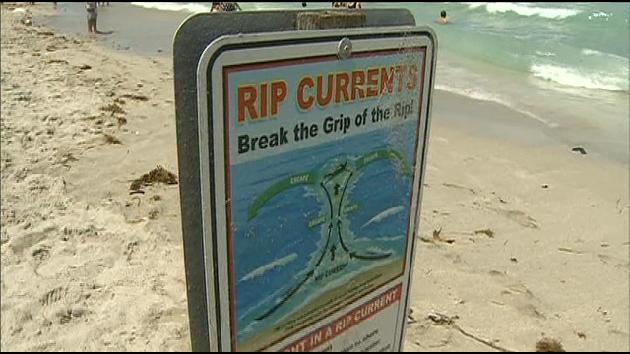 Good Samaritans and Hallandale Beach lifeguards were responsible for a number of rescues this Fourth of July.

In Hollywood, just North of Hallandale Beach, three people were taken from the waves after being overcome by the strong currents.

The rescuers heard calls for help coming from across the border in Hollywood. That’s when they ran to their aid and pulled three people – two men and a woman – from the water.

One Samaritan was a former Cuban National Water Polo player.

The lifeguards themselves struggled in the surf to get to the swimmers.

“About four or five feet,” Jose Perez, a Hallandale Beach lifeguard, said. “It was two big waves. I was carrying the victims. I almost lost them, I grabbed them by the hands. It was a big wave.”

They were able to bring the swimmers to shore. The two men were transported to Aventura Hospital, while the woman refused treatment.

Up the coast, Fort Lauderdale Fire Rescue responded to two near drownings at 4200 Galt Ocean Drive. An elderly husband and wife were in distress.

Two Good Samaritans pulled them both out of the water. Both were transported by Fort Lauderdale Fire Rescue to Holy Cross Hospital with life-threatening conditions. The adult female was responsive while the adult male was not.

Lifeguards are trained to endure the struggles of the ocean, but even with the intense training, the waters can still be tough to prepare for.

“Today was a very bad day,” Chris Keiper, of the Hallandale Beach Fire Rescue said. “I compare this, today, to probably two or three days after Sandy. We haven’t had this bad … water [conditions] since then.”