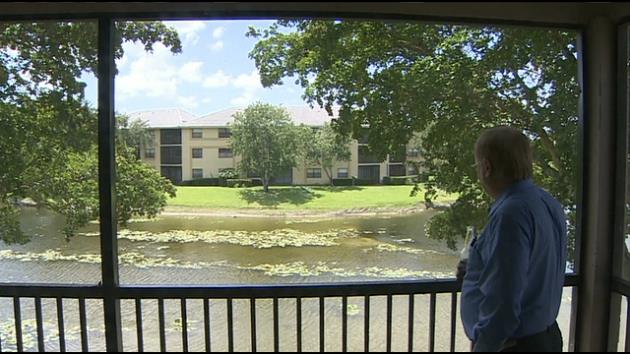 WSVN — If you have ever tried to rent an apartment, you know the fees you have to pay can be costly. Even worse, if you aren’t accepted, many times you don’t get that money back. Is it legal to take fees from potential renters and not return it? It’s why one man called Help Me Howard with Patrick Fraser.

Jerry Nowlin is an entrepreneur.

Jerry Nowlin: “I’m not looking to make a million dollars. I want to make, you know, enough to live on.”

He moved to Florida because he saw an opportunity to help businesses prepare and recover from disasters.

Jerry Nowlin: “We plan for any interruption to business operations, and that could be man-made or weather-related.”

Recently, Jerry was looking for an apartment to rent. And he says, it was an eye-opener.

Jerry and his wife first applied at a Broward complex.

Jerry Nowlin: “They charge $100 per person that’s going to live in the apartment for what they call a criminal and credit check. I can do that online for $6.99.”

Jerry Nowlin: “They want to charge you anywhere from $100 up to $550 to do what they call an administrative processing fee.”

After he paid the complex $550 to apply, Jerry says they gave him the list of requirements, most of them financial.

Jerry Nowlin: “They wanted three years of back income tax returns, OK, and then I just started a company here.”

Patrick Fraser: “You don’t have three years of income for that one because it’s a new company.”

Jerry Nowlin: “Exactly, and that was the catch-all.”

Patrick Fraser: “Did they tell you why?”

Jerry Nowlin: “They said I wouldn’t complete the process.”

Patrick Fraser: “You wouldn’t give up your private information.”

Jerry Nowlin: “You got it.”

They also kept Jerry’s $550 application fee. He then applied at a second complex. paid the $550 again, and a few days later, was rejected again.

Patrick Fraser: “So the second company rejected you because of false information.”

The company the apartment complex used to do the background check even wrote Jerry a letter admitting the information they had given out was “inaccurate, incomplete or cannot be verified.” But when the apartment complex would not return Jerry’s $550 fee, that meant he was then out $1,100 dollars in application fees for the two apartments and still didn’t have a place to move.

Jerry Nowlin: “The fees are outrageous; there should be a cap on the fees.”

Well Howard, can a landlord charge whatever fees they want for an application, then reject you and keep the money?

Howard Finkelstein: “In the state of Florida, the answer is yes. A landlord can charge whatever fees they want. They don’t have to tell you what the requirements to move in are ’till you pay the application fee. Also, if you don’t qualify or they reject you, they can keep your money. Many states regulate this tightly to protect the renters, but not in the state of Florida.”

Jerry is a sharp guy. The first complex was owned by a South Carolina company. Jerry filed a complaint with the attorney general in South Carolina and Florida. Within a few days, Jerry says, that company apologized and returned his $550.

I spoke to the second complex. After realizing they have been given false information about Jerry, they told me he was approved to move in. Jerry’s wife liked that place. They have now moved in.

Jerry Nowlin: “Help Me Howard and Pat Fraser have been outstanding.”

Howard mentioned other states regulate what landlords can charge for an application. Jerry says his experience shows, something needs to be done in Florida as well.

Jerry Nowlin: “They can clean this up themselves, and if they won’t clean it up, I think the next step is go to the legislature and have them clean it up.”

Patrick Fraser: “Now, could an apartment complex accept 15 or 20 applications for one apartment, charge everyone knowing only one person will be accepted, and then keep everyone’s money? In theory, yes. Of course, the potential renter could sue for deceptive trade practice, but that costs more than the application fee you’d get back. Back to what Jerry said: The legislature needs to do something to protect renters.”

Feel like you’ve rented a problem you don’t want to own? Wanna deposit it with someone? Contact us. We’ll do a background check to move you along with no fees. With this Help Me Howard, I’m Patrick Fraser, 7News.