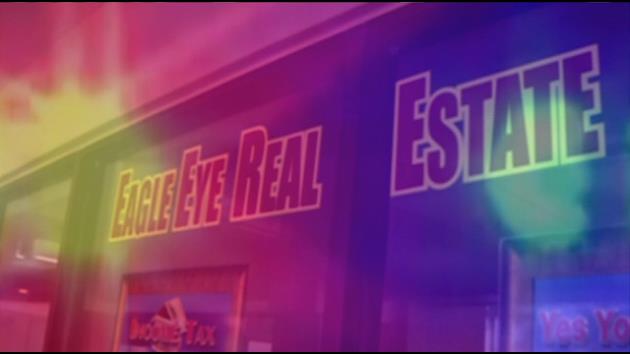 WSVN — It’s called the American dream for a reason. It’s the major goal of many people to own their own place, but how would you feel if you gave a realtor the down payment for a house … and then couldn’t get that deposit back? It happened to three people recently, and it’s why they all called Help Me Howard with Patrick Fraser.

You often hear women describe themselves as a single mom. Simple to say, difficult to endure.

Heather Johnson: “It’s just sacrifice, like huge sacrifice. So the little money I make and all the sacrifices I make to make life better for them, I do it all by myself. I don’t have a husband; I don’t have a boyfriend.”

One goal for Heather was to save enough money to buy a house for herself and her two daughters. In September, she found a broker who told her she could do it.

Heather Johnson: “‘I really love to do short sale. In two months, I could get you a home to move in.'”

They rode around. Heather then walked into this house in Coconut Creek.

Heather Johnson: “It was beautiful and I fell in love with it. And I’m like, ‘Let’s do this. I don’t want to see any more houses.’ I was happy.”

The real estate agent was Beverly Livingston from Eagle Eye Realty. She wrote out an offer for the house, and Heather gave her a $4,200 deposit.

Heather Johnson: “I started packing from my vanity over there.”

Heather started packing in September, but instead of closing on the house in November as the agent promised, things grew quiet.

Heather Johnson: “And she never, ever called me, so that was a little suspicious for me, why I never heard from her.”

Patrick Fraser: “So you tried to contact her in October.”

Heather Johnson: “She wouldn’t even answer her phone.”

Heather was not alone. Margate Police told us they have had calls from four customers angry with Eagle Eye Realty.

Sophie Pierre e-mailed and told me she gave Eagle Eye a $4,200 deposit in September, but Livingston never made an offer on the house and wouldn’t return the deposit.

Rose Navaire: “I am so frustrated, and I am angry.”

Then Rose Navaire called us about Eagle Eye’s Livingston after giving her a $19,000 deposit. They found a house, but she says Livingston won’t turn over the $19,000 to the title company so she can close on it.

Rose fears she will lose her $19,000 deposit. The day she called us, Heather came to the conclusion that she would never see her $4,200 again.

Heather Johnson: “I cried so hard that day. I’m like, I cried till I turned red all over.”

Well, Howard, you give a real estate broker a down payment. Can they refuse to return the money?

Howard Finkelstein: “No. Real estate brokers have what’s called an escrow account where they put the money the customer gives them for a deposit or to complete the deal. The money does not belong to the real estate agency, and if there is no deal or the money is needed to close the deal, it has to be returned or turned over immediately. If it isn’t, file a complaint with the Florida Real Estate Commission.”

I spoke to Beverly Livingston from Eagle Eye Realty. She said the reason police have been called to her office is because Heather and Rose keep complaining. She told me she would give Heather a check for $4,200 the next day, but Heather wouldn’t take a check. Livingston then gave her the $4,200 dollars in cash.

Heather Johnson: “I am so happy, very happy to get my money back.”

With her deposit safely in the bank, Heather has found a new real estate agent and is ready to look for a home again.

Heather Johnson: “And she’s actually sending me listings now, so I am happy. I am going forward. It’s the American dream, purchasing a home, and this is what I want to do.”

Hopefully, Heather will find that dream home. Sophie has her deposit back and will look later for a house. And after promising me that Rose would get her $19,000 dollars released, Eagle Eye did it. Now she will have her home.

But if you have problems like this with a real estate agent or broker and can’t get it resolved, file a complaint with the Florida Real Estate Commission. In some cases the agent can be fined or lose their license. The link to file the complaint is at the end of this Help Me Howard.

A problem deposited in your lap? Wanna house it with someone else? Contact us. We aren’t agents, but we are real-ly a-ging. Well, Howard more than me.

To File a Complaint about a Realtor: