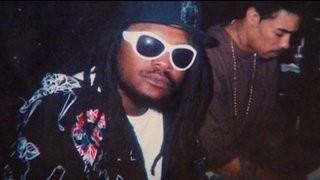 WSVN — He was born Raymond Adderly Jr. From that day forward, everyone called him P-Nut.

Kirtrina Adderly, Raymond's Mom: "We nicknamed him P-Nut, because he was a little preemie. He wasn't but 3 pounds and 9 ounces."

P-Nut became a married man, a father of three, and a fellow who wanted to be a rapper.

Rosharod Johnson, Raymond's Brother: "He did a lot of writing, rapping, sometimes going to the studio."

If connections mattered, P-Nut had a shot at the big time.

He grew up with, and was great friends with, Miami rap star Rick Ross. Knowing him might have helped him in a rap career, but the link may have also hurt him.

Detective Steven Toyota, Miramar Police Department: "When they got home, they were rushed by two black male individuals."

P-Nut and his family were coming home from a Christmas play when two men forced them into their house at gunpoint.

Detective Steven Toyota, Miramar Police Department: "They made demands for cash. He handed over what he had, which was just money in his pocket, and then prior to leaving, they shot and killed him."

The two black men wearing bandanas killed P-Nut, right in front of his little boys and his wife.

Detective Steven Toyota, Miramar Police Department: "Who, according to his wife, were all crying, cowering, and she was trying to protect them as this incident is going on."

Kirtrina Adderly, Raymond's Mom: "It's a phone call no mother ever wants to receive. You just don't."

P-Nut's sister Ralanda would be the next to get the horrible call.

Ralanda Adderly, Raymond's Sister: "When I answered the phone, I could just hear my mom screaming in the background."

Patrick Fraser: "A normal, middle-class guy. A husband, a father of a 3-, 5- and 6-year-old, murdered. Why? Detectives say it might have been a mistake. The killers assumed a good friend of a rich and famous rapper had to be loaded."

Kirtrina Adderly, Raymond's Mom: "They grew up together. Association with him, they thought that he had a lot of money. But P-Nut did not have a lot of money."

When word of the shooting spread in the music world, P-Nut's rap friends responded with videos, one recreating their reaction when they found out P-Nut was murdered.

Rick Ross remembered P-Nut in this video, holding up a cup that said "Team P-Nut." And Ross makes sure P-Nut's kids are not forgotten.

Kirtrina Adderly, Raymond's Mom: "His other associates, Rick Ross and them, they make sure that the boys, whatever they need, it's taken care of, and I thank them for that."

His friends wanted to pay tribute, while his family wanted the killers to pay, and started a campaign to get people to step forward with flyers that read, "Snitch Rules Don't Apply."

Ralanda Adderly, Raymond's Sister: "If they were men, as they think they are, men face up to wrongdoing. But these are cowards. Cowards shoot people in front of their children."

Cowards who killed a man in front of his little boys. Cowards who probably bragged about their murder.

Detective Steven Toyota, Miramar Police Department: "Word of this will get around and people will talk, and we know that people know what happened. We just need them to come forward."

Somebody knows. Somebody. Hopefully with the guts to step forward for three little boys who don't have a daddy anymore.

Rosharod Johnson, Raymond's Brother: "The oldest one, Raymond, he be like, 'Daddy's never coming home. He's up there with God. He's looking down on us."

Kirtrina Adderly, Raymond's Mom: "Just such a loving son, a loving family member. This is why it's just so hard for me to grasp why someone would do this to my son. I just cannot understand it."

It cannot be understood. It makes no sense. But a phone call does. An anonymous phone call to Broward Crime Stoppers to tell who murdered Raymond "P-Nut" Adderly.

And if you have lost a loved one and want to show you are still Out for Justice, give us a call.