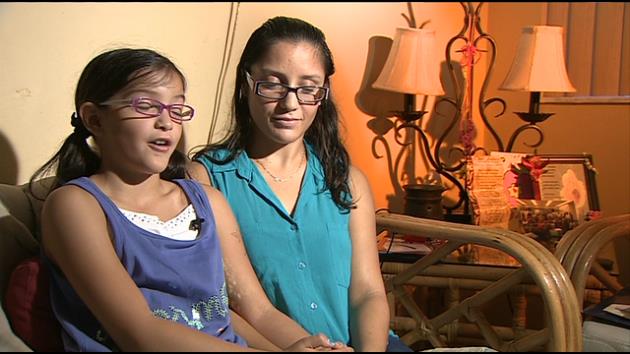 If you have a problem you have probably heard it before. Hire a lawyer. But what happens if you hire the lawyer and your headaches get worse? What can you do about it? It’s why one woman called Help Me Howard with Patrick Fraser.

WSVN — Everyone thinks their child is special. Ana is right about her daughter Alanis.

Alanis Castillo, Daughter: “When I grow up I want to be a violinist and as a hobby I will do science and give money to charities.”

Ana is a single mom. But fortunately Alanis also has a good father.

Ana Vogl: “He does pick her up and he does pay child support which is a plus.”

But Ana and her ex don’t always see eye to eye, and when Ana wanted to take Alanis with her to Texas to be with the man Ana plans to marry, Alanis’s father said no.

Ana Vogl: “I need a court order from the judge giving me permission to move to Texas.”

To get the court order Ana hired a South Florida attorney, giving him a $3,800 retainer. That was a year ago.

Ana Vogl: “These are months passing by and nothing is getting done. I want to move already and in order for me to move I need to be in front of the judge.”

In February, Ana emailed her attorney asking how much money was still left from her retainer.

Ana Vogl: “He said no he is not going to let me know what the balance is or give me a bill unless I pay him the $600 that I owe him.”

Ana couldn’t believe that her attorney was telling her that to see a list of what he has charged her she has to pay more money since she believes he owes her money.

Ana Vogl: “I was devastated because it’s frustrating because I feel vulnerable. I’m trusting someone to do something for me.”

When Ana told her attorney she thought he owed her a refund, he offered a deal. Drop the request for a bill to see what he has done and he would drop the requirement she pay him another $600.

Ana Vogl: “I think he is wording it differently to cover his butt.”

Well Howard, you pay a lawyer $3,800 to help you get in front of a judge. They don’t give you a bill to show where all your money went, what can you do?

Howard Finkelstein: “First of all, tell your lawyer if they don’t give you an itemized bill that you are satisfied with, you will file a complaint with the Florida Bar. They have a program to resolve the dispute between you and your lawyer. The good news, it does not cost the person filing the complaint anything.”

After we contacted the attorney Ana had hired, he sent her a bill. Here it is. It doesn’t have any dates for any work that he did or whether he did it or a much cheaper secretary did the work. Compare that to this lawyers bill which shows the date each thing was done, and which employee did the work. Ana’s attorney told us he does not have a computerized billing system and that he writes down everything he does for a client, and that he offered to reduce Ana’s fee by $600 because he was trying to do something nice for her and it would save him the trouble of preparing a bill.

Howard Finkelstein: “Before you hire a lawyer, ask a few questions such as how many hours they think your case will take? Are there other costs besides the lawyers hourly fees? And if they get close to going over the hours you have paid for, make sure they get prior approval before they proceed.”

Ana has her bill and does not owe the attorney the $600. But she spent $3,800 on that attorney and now has to start again.

Ana Vogl: “I have felt really stressed out about this. I don’t see anything moving. It’s been a year, now I have to hire another attorney.”

If you file a complaint with the Bar about the behavior of an attorney, they can ask the Supreme Court to do everything from fining the lawyer, to suspending them, to taking away their license to practice law. The link to file a complaint against a lawyer is under this Help Me Howard. Lawyers don’t like to have to go through a Bar investigation, so hopefully they will work something out with you to stop you from filing that complaint.

Retained a problem that’s barring you from a peaceful life? Don’t lawyer up. Court us. You don’t have to worry about any fees cause we work for free. Well, Channel 7 pays us, but you don’t have to.

How to file a complaint against an attorney

General information from the Florida Bar about attorneys