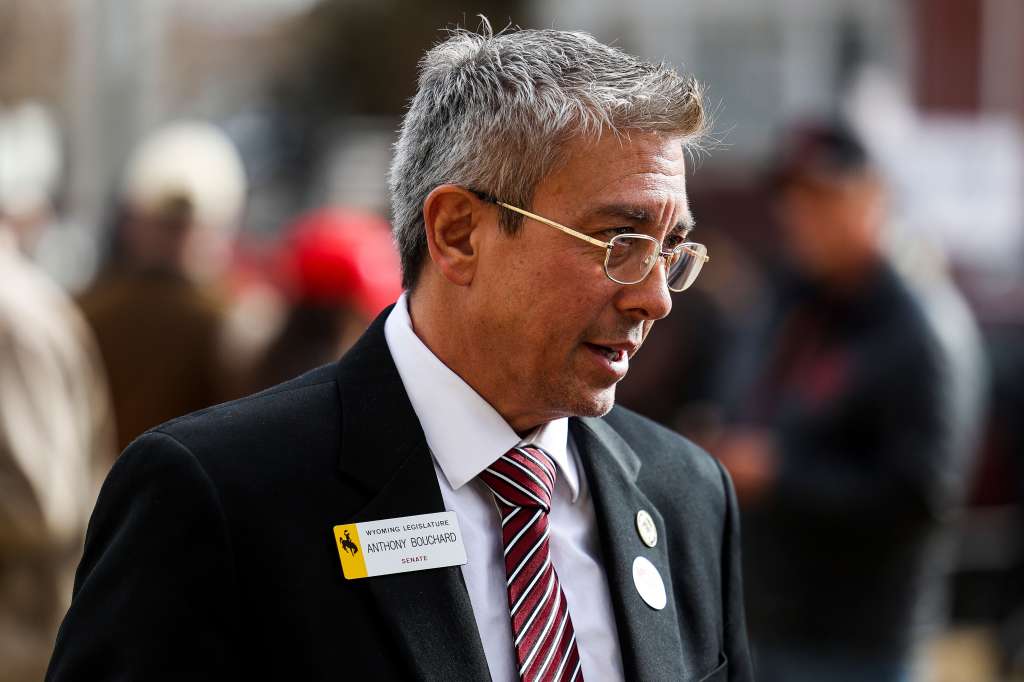 (CNN) — A Republican Wyoming state senator who’s running against US Rep. Liz Cheney for her House seat told a local newspaper he impregnated a 14-year-old girl when he was 18-years-old after he referenced the incident during a Facebook Live stream.

Anthony Bouchard told the Casper Star-Tribune newspaper on Thursday he married the girl after she turned 15 when they were both living in Florida.

He said they were able to get married at the time because under Florida law, a judge could approve the marriage if a pregnancy was involved and a parent consented. The state of Florida put a ban on child marriage into law in 2018, with some narrow exceptions for 17-year-olds.

The news came after he jumped on Facebook Live earlier Thursday to disclose this part of his life because he was made aware of a “political opposition research company” and unnamed reporter who were investigating him.

“It was a story when I was young, two teenagers, girl gets pregnant, you’ve heard those stories before,” he said in the Facebook Live video. “She was a little younger than me, so it’s like Romeo and Juliet story. A lot of pressure, pressure to abort a baby. I’m going to tell you, I wasn’t going to do it.”

Bouchard said in the Facebook Live video that he’s since “almost become” estranged from his son but added, “I still love him.”

Bouchard did not immediately respond to CNN’s request for comment Saturday.

He told the Star-Tribune after the live stream that they got divorced three years after they married and said his former wife killed herself when she was 20.

He said this disclosure won’t stop him from running for office.

“Bring it on,” he said in the Facebook Live video. “I’m going to stay in this race, we’re going to continue to raise money, because my record stands on its own.”

CNN previously reported that Bouchard and Wyoming state Rep. Chuck Gray have so far offered themselves up as pro-Donald Trump candidates for the GOP nomination in this heavily Republican congressional seat and have unapologetically backed Trump’s baseless electoral claims, which Cheney has warned are a grave threat to democracy.

But Cheney still has significant support, and some Wyoming Republican political operatives who are not aligned with any candidate don’t view Bouchard or Gray to be strong candidates.