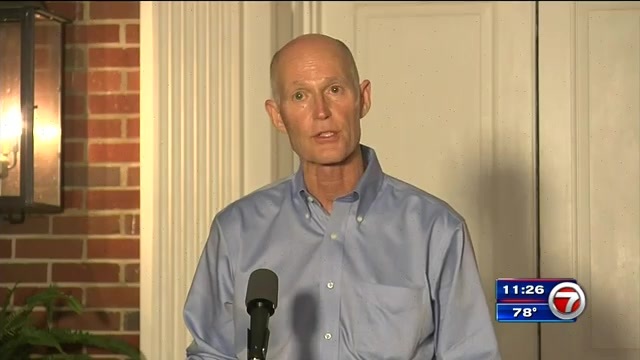 TALLALHASSEE, Fla. (AP) — Two voting rights groups are asking Gov. Rick Scott to remove himself from any oversight of the 2018 election. They said that if he doesn’t, they will take him to court.

In a letter to Scott released to the media, the League of Women Voters and Common Cause said he should step down to ensure there’s no appearance of any impropriety, undue influence or conflict of interest.

The groups said that Scott intentionally “politicized” his oversight of the elections by calling for the Florida Department of Law Enforcement to investigate his suspicions of voter fraud in South Florida.

The people of Florida have spoken and I am so honored to have won a close but decisive victory. I will fight for Florida every day as your next U.S. Senator. It’s time Senator Nelson accepts these results and allows the state of Florida to move forward to a better future.

The FDLE said it hasn’t launched an investigation of voter fraud, and the state’s election division, which Scott runs, said Saturday that its observers in Broward had seen “no evidence of criminal activity.”

In the Senate race, Republican Gov. Rick Scott’s lead over Democratic incumbent Bill Nelson is less than 0.25 percentage points, which will require a hand recount of ballots from tabulation machines that couldn’t determine which candidate got the vote.