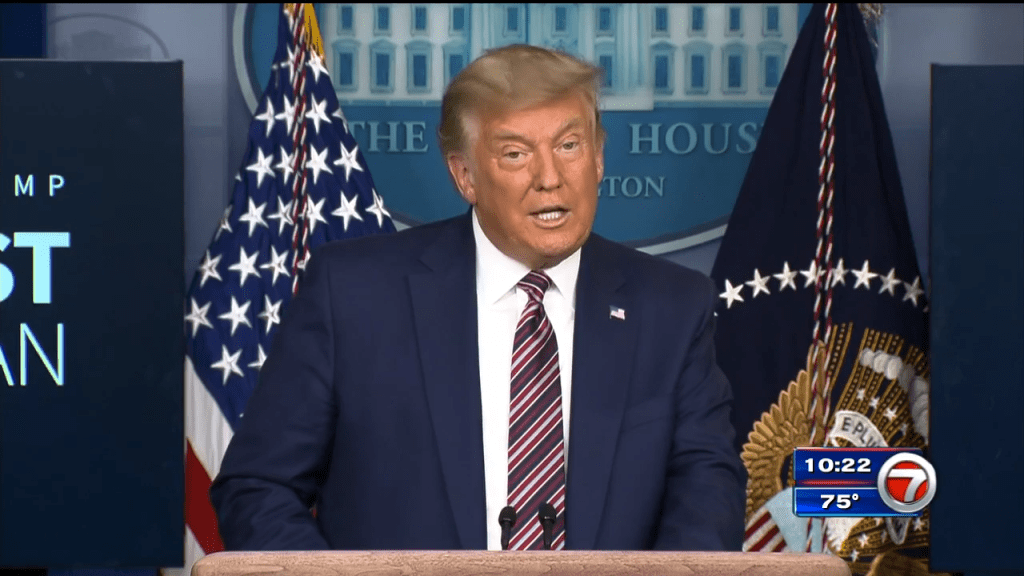 WASHINGTON (AP) — President Donald Trump railed against the Paris climate accord on Sunday, telling world leaders at a virtual summit that the agreement was designed to cripple the U.S. economy, not save the planet.

“To protect American workers, I withdrew the United States from the unfair and one-sided Paris climate accord, a very unfair act for the United States,” Trump said in a video statement from the White House to the Group of 20 summit hosted by Saudi Arabia. His comments came during a discussion among the world’s largest economies on safeguarding the Earth.

President-elect Joe Biden, who takes office in January, has said he will rejoin the global pact that the U.S. helped forge five years ago.

Trump contended the international accord was “not designed to save the environment. It was designed to kill the American economy.”

Trump, who has worked to undo most of President Barack Obama’s efforts to fight climate change, said that since withdrawing from the climate agreement, the U.S. has reduced carbon emissions more than any nation.

That is true, but not that remarkable. With its giant economy, the U.S. has far more raw emissions of climate-damaging carbon dioxide to cut than any other country except China.

A more telling measure of progress in various countries is to look at what percentage of emissions a county has cut. Since 2005, the United States hasn’t been even in the top 10 in the percentage of greenhouse gas emission reductions.

More than 180 nations have ratified the accord, which aims to keep the increase in average temperatures worldwide “well below” 2 degrees Celsius (3.6 degrees Fahrenheit) and ideally no more than 1.5C (2.7 F), compared with pre-industrial levels. Scientists say that any rise beyond 2 degrees Celsius could have a devastating impact on large parts of the world, raising sea levels, stoking tropical storms and worsening droughts and floods.

The U.S. formally exited the Paris pact on Nov. 4. On Saturday, the U.S. formally left the Open Skies Treaty, which permits 30-plus nations to conduct unarmed, observation flights over each other’s territory. Those overflights were set up decades ago to promote trust and avert conflict.

The administration said it wanted out of the treaty because Russia was violating the pact, and imagery collected during the flights can be obtained quickly at less cost from U.S. or commercial satellites.

During the discussions at the climate session, President Xi Jinping of China, the world’s largest emitter, said the G-20 should continue to take the lead in tackling climate change and push for the full implementation of the Paris accord.

“Not long ago, I announced China’s initiative to scale up its nationally determined contributions and strive to peak carbon dioxide emissions by 2030 and achieve carbon neutrality by 2060,” he said. “China will honor its commitment and see the implementation through.”

India’s prime minister, Narendra Modi, said “climate change must be fought not in silos, but in an integrated, comprehensive and holistic way.”